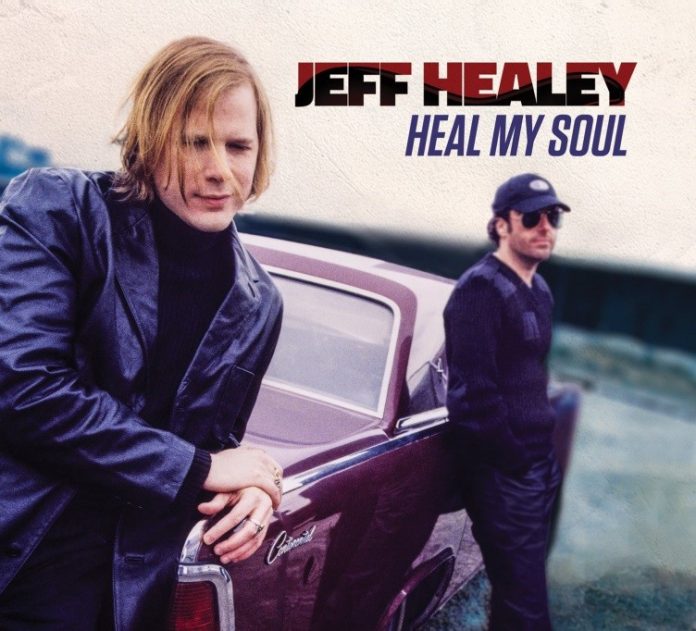 Released to celebrate what would have been the legendary guitarist’s 50th birthday, Bernard looks at the “lost” album

In 1988 I bought Jeff Healey’s debut album, ‘See The Light’ and it was tremendous. I also bought the 1990 follow up ‘Hell To Pay’ along with the soundtrack album for ‘Road House’ which featured four Healey songs.  For some reason that was it for my Jeff Healey purchases and I get the feeling that this was reflective of  his career as, whilst he continued to make records and tour up to his untimely death in 2008, it seemed that his best days were behind him.

This new album is being billed as the first new Jeff Healy music since his death and comprises ‘lost’ tracks that have been assembled form the archive under the direct supervision of Healey’s estate, with the original tracks being remixed and remastered. So is it any good I hear you ask? Well, the answer to that is a great big yes.

The music is typical Jeff Healey and at heart it’s a rock album, not a blues one. His style may have a bluesy feel but to pigeon hole him as such does not really do his music justice. ‘Daze Of The Night’, ‘Moodswing’ and ‘Baby Blue’ open the album and I was immediately transported back to those first two albums. Track 4 is a fantastic cover of Richard Thompson’s ‘I Misunderstood’ – Healey gets the feel of the original which he then embellishes with his fluid guitar work, it’s excellent. The next track is ‘Please’ and for me it’s the best track here. It really rocks with a great riff and features terrific guitar work. ‘Love In Her Eyes’ gives us a chance to catch our breath before ‘Temptation’, which would make a great Whitesnake song. ‘Kiss The Ground You Walk On’ and ‘All The Saints’ are a little mellower and easy on the ear. ‘Put The Shoe On The Other Foot’ picks the tempo up again with some incendiary guitar work before ‘Under The Stone ’and ‘It’s The Last Time’ bring the album to a close.

The people behind the record should be proud of what they have achieved. The record holds up as a coherent album and the overall quality ensures that it never feels like it’s an exercise on cashing in. In fact it’s the opposite, as the record has clearly been done with an over-riding concern to maintain Healey’s legacy and integrity. Existing Healey fans will lap it up but it’s good enough that it may well find new listeners who are hearing this much missed guitarist for the first time.

Previous article
Cardinal Bay Got The Answers
Next article
REVIEW: VOODOO SEX CULT – A Year And A Day