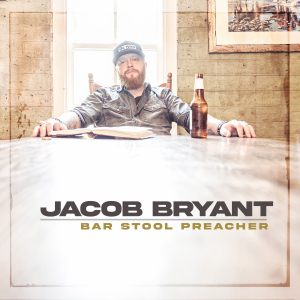 On “The Bottom”, the second track on Jacob Bryant’s second album, there’s a bit in the pre-chorus that got me thinking.

It’s a chest beating anthem, celebrating the working class southern gent, blue collar, hard-drinking, family man who prays for forgiveness at the weekend and the pre-chorus goes like this: “If you hide a little red down underneath/Then I know damn well that you’re just like me”.

Now, that’s fine, but it hides a much greater truth. This music might be about those types of people, but its so universal. Take me for example. Your humble scribe is a tee-total atheist (more later), who lives in the middle of England and most certainly doesn’t use the word “socialist” as an insult. Why does this connect? Well….

A little later in the album (specifically on this UK release) there’s another song. “Good Ol’ Boy (UK Rock Mix) – and let me tell you they’ve stolen the riff to Suede’s “Filmstar” as the intro –  and Bryant spits with a genuine contempt: “Around here every hole in the wall where we used to hang out and drink/Has turned into a hipster bar where the boys wear skinny jeans/Yeah, that jukebox in the corner ain’t got one Skynyrd song to play” (the US version namechecks Waylon, as well it might).

So here’s my thesis, my “Bar Stool Preaching” if you will. Whatever side of the fence you are on – and goodness me we’ve never been so divided – there’s an anger, a desire for something better, a feeling that we’ve (and by that I mean people that don’t count their money in billions and have enough to send themselves to the moon) been left behind. Hence, this music speaks to us all.

Of course, none of this would matter if the songs weren’t from the very top draw. And on “….Preacher”, Bryant has smashed them way into the cheap seats.

“Well Whiskey (Discount Cigarettes)” kicks it off with a flavour of George Jones, proper honky-tonk stuff here, gloriously luxuriating in the chorus line that “I can’t afford to have a named brand heartache”, but the rest of it is different. Rockier, harder edged, if you like. Like Jason Aldean with his middle finger in the air.

“Can’t Say No To You” stomps about recalling the girl with the green eyes that can make you do what she likes – and we’ve all got one of those, right? “Things That Hurt” explores the idea of why you keep going back to her, and reckons we are all “heartbroke junkies” – and if you ever wanted it reinforced that this was everyone, then this is the one, surely?

Even the ballads are a genuine cut above the norm. There’s a menace to “Can’t Take An Angel To Hell”, “Devil And An Old Six String” wrestles with his demons, puts him alongside “Willie and Hank” and reckons he “has a little back porch running through my veins” – and there’s a definite feel that these are far more personal than the usual almost cookie cutter country anthems.

“Buzzards”, with its rather stark warning of “when love is gone its gone”, is balanced out with the much more light-hearted “Ain’t Gonna Happen Today”, and if “Heartbeat” has “massive hit” written all over it, then it’s still superbly done.

When all said and done, though, this is a feelgood record, “Wash It Down” (my money was on whiskey, it turns out it was Beer and a country song) makes that clear, but its also one that sees Bryant talk about his beliefs. There are two “gospel” songs, if you will, and while they will never be my “thing”, you have to acknowledge the passion with which “Baptized By The River” (as he bargains with the lord to be safe in a storm) and the even better “Amen” are delivered. That last one – also the last on the record – sees Bryant caught up in the music machine and end in a police cell.

I am going to assume there’s a truth to this, and if there is, then let me just say, that we should thank whatever brought him back to music to make this. “Bar Stool Preacher” is – whatever your beliefs – a sensational record.