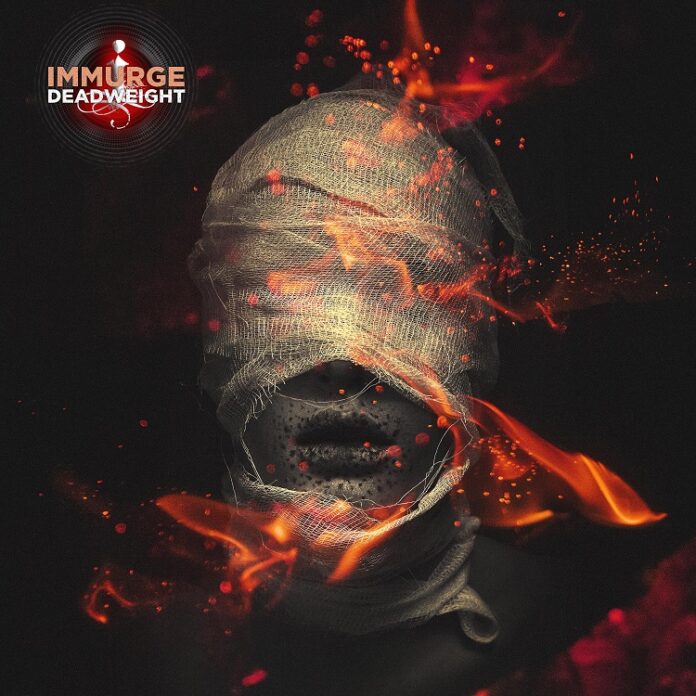 Their debut EP “Deadweight` covers topics from religion to drug use to the end of the world.

It`s the culmination of several years of writing songs we just loved playing both for ourselves and with a crowd in mind, “ explained guitarist Kameron Hamer. “Every riff, lyric, drum fill, and production track we added to these songs was written with the intent to play these songs and have an absolute blast doing it, whether other people enjoyed the songs or not. Hopefully, they do, though.”

This extended play opens with title track `Deadweight` a brief and slightly unnerving introduction. It gives the impression of something more sinister to come as the lyrics are shared in a deep slightly distorted manner over a backdrop that the Friday13th franchise would die for. A pounding drum beat leads us into `Begin` which is almost an invitation, a challenge or maybe an expectation of the faithful to let themselves go insane at a live show. The line “Bludgeon your eardrums, break your fucking neck, Melt your fucking face and then we’ll leave this place” really says it all.

`New Way` is a much faster paced offering which had some real guitar chord intricacies although it still retained it`s brutal cacophony of noise throughout. We had a brief respite at about two thirds of the way through before returning to it`s former savage intent. The lyrics seemed to relate to a kind of rebirth of sorts, a new beginning possibly. Although `Ruiner` checks in at just under four minutes there`s so much packed into the 234 seconds of its life.

A number that plainly alludes to somebody with a toxic personality and calling them out for it.

An almost sci-fi intro followed by some grinding guitar riffs and pounding drums before growled vocals join. It kind of slows down slightly with lyrics almost screamed before they are almost hypnotically chanted. A slight breather before it returns with more intensive vocals almost fighting to be heard over the musical discord before ending abruptly. Stunning.

`Payday` is a more mid-paced kind of offering with vocals that at times are less guttural than previous. I wasn`t sure what to make of the lyrics which seemed to hint at a rather dysfunctional family unit somehow subdued or medicated by drugs, possibly prescription or other or maybe it was a metaphor for something quite unrelated, you decide. There were some crushing rhythms and hard-hitting chord riffs that set a platform for the vocals to stand out. We have a kind of critique or invective on religion, religious dogma, and religious hypocrisy with `Delusion` a quite brief but merciless musical onslaught.

This release closes out on `End` with quite guttural vocals set against a thumping, pounding and quite ear splitting aural assault. It questions how the end will come whether through a nuclear blast or payment for past sins and seems to conclude that it will be ruthless and bloody.

Hands up, extreme or aggressive metal either of the hardcore, deathcore or metalcore genre usually leaves me cold but there was something in Immurge that really touched base with me.

Listening to these guys on a cold and frosty morning in the centre of England, they certainly had my toes tapping along and my head nodding and for someone like me that’s a real result.

`Deadweight` is certainly far from what that might imply, give this a blast and watch Immurge surface into your subconscious.