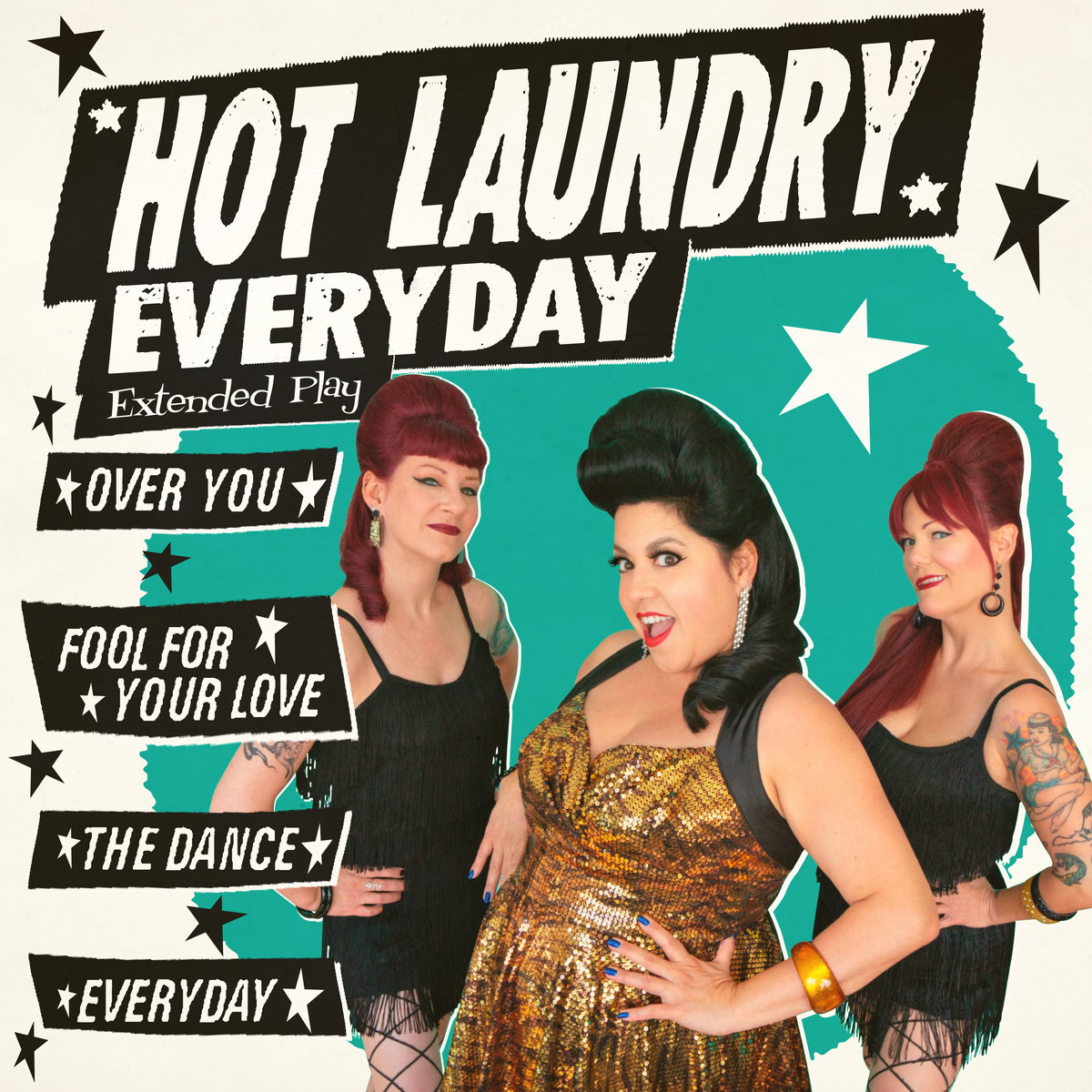 Last year Hot Laundry released “Shake Slide Twist”. According to the review I wrote of the 12 minutes, “[it] is enough to get you dancing until the sun comes up, if you’re so inclined. Just remember to change the sheets.”

Now the six piece – at least it claims they are, we can only assume the blokes in the band either don’t exist or are kept in a basement somewhere – are back with “Everyday”.

And I am here to tell you – after all I am merely a conduit of Hot Laundry’s at this point – that there’s a very real chance that the four songs here (and at 13 minutes 20 seconds this time around they’ve gone prog on us….) have distilled the very essence of rock n roll into a handy bite sized chunk.

The title track begins with a sweet little power pop riff,  think The Buzzcocks, think The Undertones, think whatever 70s band you like, then put yourself into the position of anyone that’s looking for an escape from the “boss man”, “the landlord” or anything you don’t like very much. That’s all of us. This song is for you. Us. Them.

There’s a line at the end of the chorus. “We’ll never hurt, no we’ll never fear again” sings Janette Lopez and so joyous are the harmonies provided by Ileath Bridges, and Gina Serey then I’d wager that its pretty much impossible to listen to this without smiling.

“Over You” – which has a guitar solo so lo-slung that you can bet that Grady Hord is playing it by his ankles – revels in dumping a fella, so much so that you almost envy him for having the courage to have a go in the first place.  “Fool For Your Love” is so timeless that its like travelling back in time. You imagine this was playing in Back To The Future, frankly. But the trick is it never sounds dated, the musicianship is spot on, and there’s a knowing glance all around when Lopez sings “I gotta have you all the time”. No one around here, you sense, would knowingly avoid the chance to get in trouble if it was offered.

An absolute gem of an EP ends with “The Dance”. Chugging punk rock that gets in your face and isn’t going to stop until it ensnares you. And that, basically is Hot Laundry. On one hand, you look at them and see the sort of band that you might imagine played a wholesome high school dance in about 1959, but then…..well. They were seduced by rock n roll and they’ve spiked all your drinks and who the hell knows what they are getting up to on the way home.

Hot Laundry, then. Forget washing the sheets this time, no one here cares less. This is good, clean, but entirely filthy, fun.