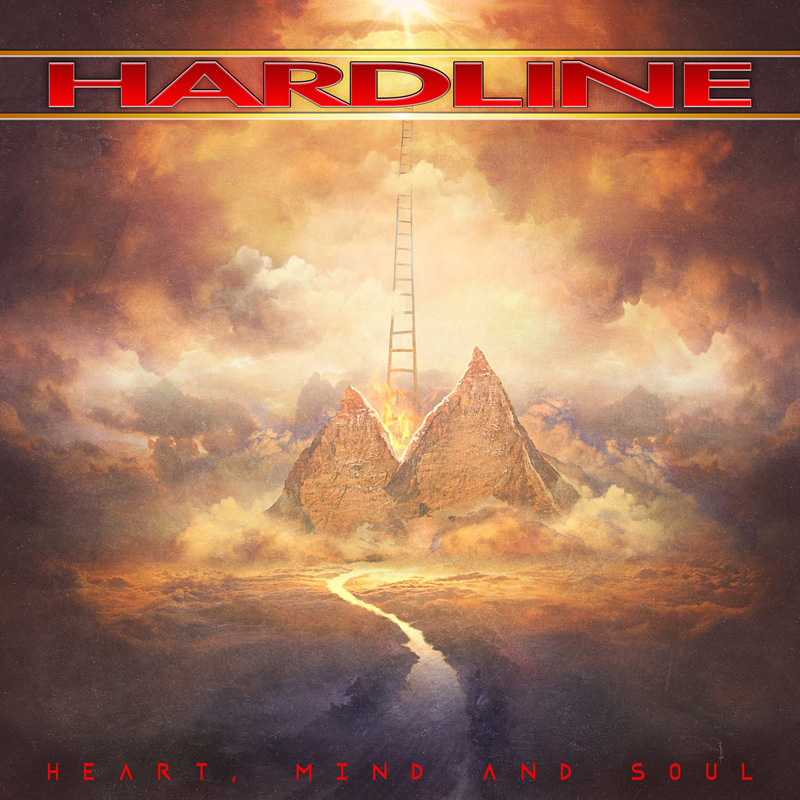 I am never sure whether to tell the truth on these things, or to play the “game”. That is, to pretend I know something about a band like everyone else who writes these things does.

So, if I was doing the normal review thing with “Heart, Mind And Soul”, I’d say this: “Ever since the release of their widely heralded album “Danger Zone” in 2012, Hardline have been offering a straight-ahead, gritty, riff-based melodic hard rock sound which is a continuing evolution from what was on offer on the monstrous debut album, “Double Eclipse”.”

Here’s the thing: That’s what the Frontiers Records press man wrote. And when you see that on reviews its generally copied and pasted. Here’s what you get with me:

I was at a gig the other week, and upon seeing a poster for Hardline at the same venue, I said to my mate: “Christ, are these still going?! Half of Journey were in the band at one point.”

Now, I had “Double Eclipse”, we all did. If you loved anything that wasn’t grunge in 1992, it was almost required listening. So I get into the gig, and get my phone out – and not only were Hardline very much still “going” they were effectively a new band since I’d last come across them. The Journey boys had gone (Schon and Castronovo) and in their place has come and gone half of the world.

What you need to know is this: Singer Johnny Gioeli remains – he’s up there with Jeff Scott Soto as the best voice in rock – and the effective “musical director” for this is Alessandro Del Vecchio. That means two things: 1) its probably on Frontiers Records 2) It’ll be ace.

“Heart, Mind and Soul” (lets finally get to it after 300 words shall we?) is an AOR masterpiece.

The opener “Fuel To The Fire” kicks off with a riff that almost insists that you raise your fists to the air, and everything that makes the album so great is present and correct even at this early stage. Power, precision and hooks. Good grief there are hooks, Mario Percudani plays guitar like one of the axe slingers of yore – and my, its as good as any opener you’ll find anywhere.

What’s more they are just getting started. “Surrender” is the sort of thing that makes you go “man, they don’t write them like this anymore.” They don’t. Hardline, however do. And there’s about nine more where that came from.

“If I Could I Would” would – if it was Whitesnake in about 1987 – be called a “power ballad”, by simple virtue of Del Vecchio’s keyboards, but its more. It’s classy, its polished. It’s exactly what it should be.

What I mean by that is Hardline know exactly what they are. No one here is re-inventing the wheel (you wouldn’t want them to start singing Cannibal Corpse covers), but what they doing is almost perfect melodic hard rock. “Like That” settles itself in for some arena sized fun, while “Heavenly” is like one of those Heart ballads from the 80s that as a Skid Row fan you had to pretend you didn’t like to look hard. I’m 46 now and let me tell you this: It’s a big old tearjerker and its brilliant.

Such is the talent of the musicians on show here, however, that the band can do , pretty much, anything they like. “Waiting For Your Fall” comes in like a Dream Theater single, and there’s a harder edge to the likes of “The Curse” than you might think too. A dirty swagger, perhaps. And both aspects suit them perfectly.

Mostly, though, they know when to do light and when to do shade. “Heartless” combines the two superbly, and there’s a lighter, less grandiose air to “Waiting For Grace” – and the blues lick at the start is wistful and spectacular.

They even let their hair down for “80s Moment”, which switches into something of a glam groove – at the very least, think Danger Danger on the first album – before the acoustics come out for “We Belong” and here, really, you can sense the genuine power of Gioeli. He really is perfect for hard rock.

Either way, though, the key word is “brilliant”, right?