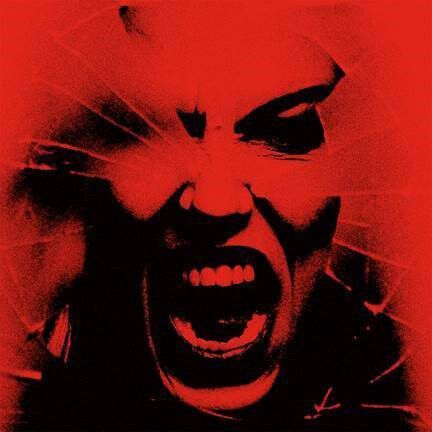 There’s a bit in the press pack that perhaps explains Halestorm’s ascent to stardom: “When you listen to this record,” reckons Lzzy Hale, “I want you to know you’re not alone and you can survive anything no matter what.”

That sort of shared experience no doubt will resonate with loads of the people who stream this songs (and Halestorm count them in the 100s of millions) that they get and good luck to them. Kids look to their heroes to teach them something and if just one person has been saved by their music then its worth it.

It doesn’t, though account for all of the adulation. And MV offers itself as Exhibit A.

Music has saved me on many occasions. But it wasn’t some kinship that made me like Halestorm. Nope, its because they are exceptionally good at what they do, nothing more and nothing less.

Lets cut to the chase. They are the best, the most original and the most interesting of the modern US rock bands. Not for nothing does this explode with a real intent. You can almost see Lzzy Hale in the spotlight as “Back From The Dead” starts. “I’m back from the dead, alive” she roars. It’s missing the word “motherfucker”. That though is implied, trust me.

All Halestorm songs sound massive, but these are….well…gargantuan frankly. No arena in the world is safe from shaking when the likes of “Wicked Ways” kicks off, and actually, that one is the one that most underlines the differences between the four piece and their obvious peers. Look, I don’t like Alter Bridge and Shinedown, and I am not going to pretend I do. That all being said even I can spot there is some sonic similarity, but where the other two always seem like they were put together in a focus group, Halestorm seem like they really, really mean it.

“Strange Girl” for example makes an anthem of the words:  “A perfect picture of your fucking worst nightmare” and the way the words are spat suggests that you are with them or against them. There is no in-between.

The fact there are no grey areas in Halestorm’s songs is what makes them so good. It’s like them against the world every time. “Brightside” underlines that nicely, but that said, this is the best Halestorm record because it’s the most muscular and the most certain.

They’ve upped everything here, just a little bit. The riffs are bigger, Joe Hottinger on most records would be the star, Arejay Hale’s drums thunder and Josh Smith’s bass rattles your fillings and its all come together in a way that you always knew it would. “The Steeple” was picked as a single for good reason, and in a world of big hooks, this is the biggest.

“Terrible Things” is one of two ballads. Acoustic. Most probably it’ll be in the middle of the set with Lzzy and Joe on stools, it’s got that feel for sure. Nick Raskulinecz has the golden touch in the producers chair, and you can imagine another band he’s worked with, Stone Sour, doing this. Especially when it builds to the ending crescendo.

It’s impressive too, how consistent this is. Both lyrically and musically the album doesn’t let up. “My Redemption” has a darker guitar, but its unmistakably the work of Halestorm. “Don’t need saving, I saved myself” seems to be the vibe not just here, but throughout.

“Bombshell” cleverly pokes fun at those who make demands of female rock stars (and God knows, it has been the policy of this website to delete anything that used ‘female fronted’ as a genre signpost  for years), “I Come First” (puns, knowing Hale’s lyrical style, are most certainly intended) “I’m worth it, I come first” she sneers. It might be about putting yourself first. It probably isn’t. 14 year old boys (and girls) the world over will be blushing nervously like MV over Belinda Carlisle in 1989. The more things change…..

“Psycho Therapy” is oddly discordant, not to mention just a touch threatening, and if there’s one thing we haven’t mentioned yet, then it’s both the elephant in the room, and front and centre of the astonishing “Raise Your Horns”. Just a piano and Hale’s voice, and good grief, even by her standards, she nails it. And that is an understatement. In another life she could have been one of the biggest pop stars on the planet. The fact she choose to start a band with her brother seems a better decision.

“Back from The Dead” is Halestorm’s best record, and clearly so. But its more. It might actually breathe new life into American arena rock. The benchmark has been laid down.