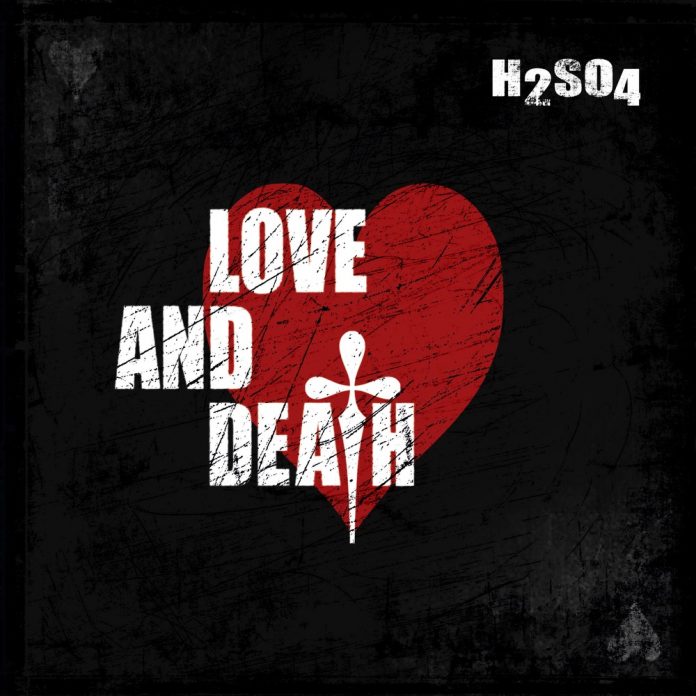 UK electronic indie outfit H2SO4 began in 1998 as a remix project when electro pioneers CODE reworked songs by indie group Sulphur. Co-writer and producer Andy Phillips broke away from H2SO4 in 2000 and formed the production partnership Bombay Monkey with Guy Martin, leaving Graham Cupples and James Butler to continue making music as H2SO4. A full two decades later, the two camps have combined forces to make `Love And Death` an album of eighties tinged electronic prog-pop interlaced with atmospheric soundscapes. The release explores the more poetic and visionary aspects of the quartet’s world view, romantic and futuristic and reflecting the timeless calculus: Love versus Death.

`Machines Love` has a fast paced hypnotic electronic beat and a breathy vocal which builds as the number moves along. The lyrics seem to be a comparison between the object of the narrator`s affection and a machine. As the song seems to reach a climax it sort of fades and bleeds into the next track. That being `Gangsta` which initially has a sort of Godley and Crème like interplay opening before becoming a delightfully funky offering with a kind of Prince meets Daft Punk vibe.

`We Are In Motion` is a dreamier arrangement that enjoys some captivating harmonies at the chorus and mesmerising waves of synth swathes throughout. We have almost belligerent piano keys played throughout `Don`t Delete Me` with vocals that seem quite distant at times. The lyrics and title could almost be a heartfelt metaphorical plea about a relationship in its dying embers but seems to be about the fragile nature of this planet and its vulnerability to obliteration by our so called World Superpowers.

`Missing You` is a wonderfully ethereal composition seemingly about the aftermath of a breakup and the devastating effect it`s had on the relator. The agony and heartache felt by the recipient is almost tangible in the vocal delivery. The musical accompaniment has the perfect texture to support this outpouring of grief. We almost have a curveball with the much faster paced `Hello Spacegirl` a response or accompaniment to David Bowie`s mid-nineties `Hallo Spaceboy` possibly. Nevertheless, it’s an enchanting and quite celestial EBM dance floor filler.

`Weirds Me Out` is a slightly unnerving slow burn electronic arrangement that seems to roll along and relays a tale of a fascination come obsession with a female object of desire, but it could possibly end in similar shocking consequences to a male praying mantis after sexual congress. The background to `No Poems` is fascinating. It`s a number that can be seen as the band`s musical version of the Roy Batty ‘Tears In Rain’ speech from Blade Runner with a chorus of “I’ve never been to Sicily, and I’ve never been to Rome” being the lament of a last-generation robot as she nears the end of her life and capabilities. A moving, compellingly poignant ballad.

The album closes with `We Are Millions` a breezy upbeat slice of electronica. A number with a message of understanding that you are not alone but part of a bigger picture.

There was so much to enjoy about ` Love And Death`. There is a beauty, in that you can interpret the lyrics in a number of ways and on so many levels. It has its upbeat uplifting high tempo ranges and also its more reflective, contemplative, and introspective atmospheric soundscapes.

It’s an album that i`m sure I’ll be coming back to again and again….