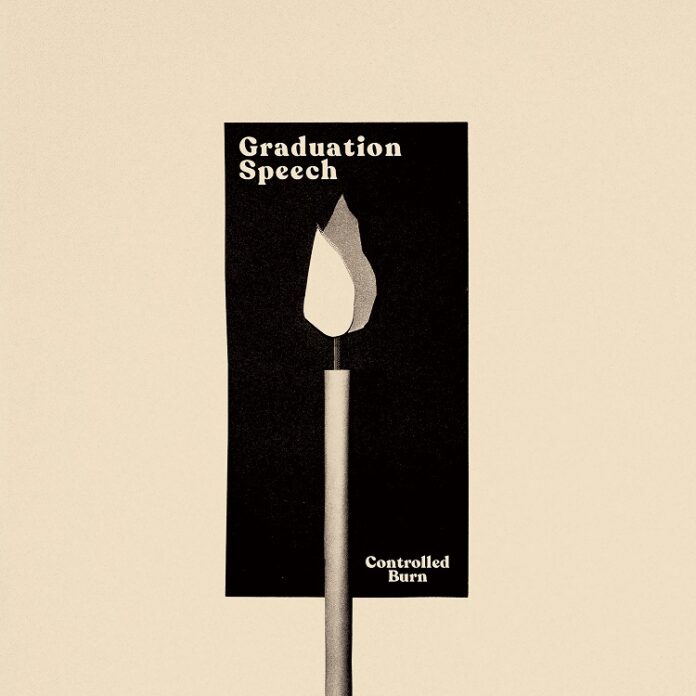 Graduation Speech is the alt-folk project fronted by Kevin Day, best known for his work in the indie-punk group Aspiga. He has been releasing music under the Graduation Speech moniker since 2017. The project is a vehicle to explore different soundscapes with various friends or totally alone.

This five track extended play opens with `Climb` with guitar, some tinkling piano keys, and vocals. It appears to be a kind of supportive encouragement of a friend who seems to be struggling with life and just letting them know that you believe in them. There`s more depth to `Patterns` which has acoustic and electric guitar almost competing throughout. The inflection in Day`s vocals reminded me a little of Billy Corgan at times.

`Whole` is wonderfully stripped back initially with just guitar and vocals but gains a fuller sound at the midway point with electric guitar and vocal harmonies joining before it returns to its former contemplative texture. It then regains that robustness before closing out. On the face of it, a simple but quite compelling life observation.

A strummed acoustic guitar and vocal lead us through `Collar Bone` which may be a metaphor of an everyday item with a much more reflective view on life and love.

This EP closes out with `Destined` which is quite dreamy with a strummed acoustic guitar and occasional piano keys. A reflective number that questions as to whether the narrators relationship will end up similar to another couple they know.

I have to say that there was much to enjoy on the `Controlled Burn` EP and while the lyrics seemed on the face of it quite simplistic, there was a hidden depth or meaning that could be read into them. I had a listen to Kevin`s other band Aspiga and they are more indie post punk and very different to what is shared here.

Graduation Speech has a much more reflective and at times dreamy sound that I have to say really won me over.