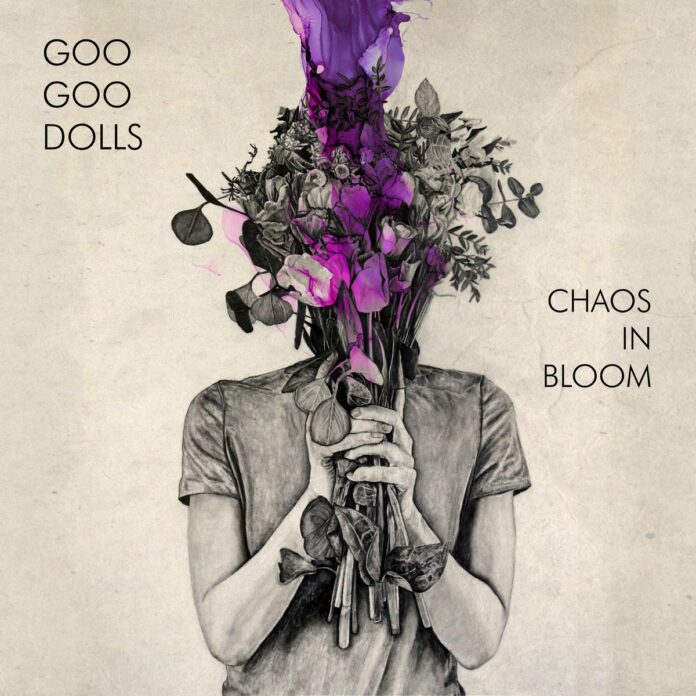 Last week, as I glazed over when someone showed me an “hilarious Tik-Tok.” I finally realised it.  The day before the football team I support appointed a new manager. For the first time ever, he’s younger than me.  And I came to the conclusion that I am old and modern life has left me behind.

My heart – as much as I hate to admit it – is still in the 90s. Oh, how I used to laugh at my dad for not knowing anything modern when I was growing up. I am 47 years old in a few weeks and I am fine with it now.

“Chaos In Bloom” both proves my theory about people my age searching for the past and debunks it totally.

It proves it, because in 1998 Goo Good Dolls released “Dizzy Up The Girl”. It was, along with “August And Everything After” and “Congratulations, I’m Sorry”, the soundtrack to the greatest unrequited love affair in the history of the world. And in listening to “…Bloom” I am instantly transported back to that time. “I’ll do anything you ever dreamed to be complete” and “I just want you to know who I am”. Those are still key lines (and given that last line comes from a song that counts its Spotify streams in the millions I assume I’m not the only sad bloke around) and those are still brilliant songs.

And yet, John Rzeznik and Robby Takac aren’t comfortably resting on them and playing the Greatest Hits. No, the duo who have been GGD for over 30 years are busy pushing the boundaries. Busy confounding expectations and busy doing what they want.

The first song lays into celebrity culture. “Yeah, I Like You” (note the non-committal tone) notes acerbically: “And we all want what we can’t have/Yeah, we all want more to be so adored/We all want more ’cause we’re all just whores.” Plus the way the guitar solo screeches suggests some real angst being unleashed here.

A brilliant opener rather sets the tone. Even the overt pop of “War” has an uplifting feel. Widescreen, like U2, it is typical of what they are doing throughout. This is not a band phoning an album in on auto-pilot just for an excuse to tour. This matters to them.

“Save Me From Myself” isn’t even hiding the 90s vibe. A Ben and Jason hook, it’s one of a few on this record that get better as they reveal themselves to you. “Let The Sun” is the acoustic ballad that you always want on a Dolls album, and “Loving Life” (with Takak singing) is sort of half way between the two. A mid-paced harmony filled thing, the fact it feels like they’ve settled into this type of groove only makes “Going Crazy” more of a surprise.

Old School Goo, if you will (but played by their current selves) there’s a desolation here, a helplessness that suggests even if this wasn’t a “lockdown” record as such, it was informed by it without question.

The breathless rhythms of “Day After Day” underline that even at this stage of a career there’s still boundaries to push (that’s probably been true throughout their career) and the “more you scream the less you say” line appears to sum up social media in 2022.

“Past Mistakes” would be described as “post-punk” were it Joy Division, and surely it’s the first time you could say that about Goo Goo Dolls, even if the chorus is arena ready. That’s their gift. They follow this up with “You Are The Answer” and Elton John looks on enviously, somewhere. That’s this album in a nutshell. A melting pot, a kaleidoscope, and there is a real depth to “Superstar” as if to emphasise that.

Pop music? Well yeah, sort of, but not as you know it and not as anyone else does it. “Chaos In Bloom” is not the most immediate collection that the pair of have ever done, but when it flowers, finally it is truly superb.