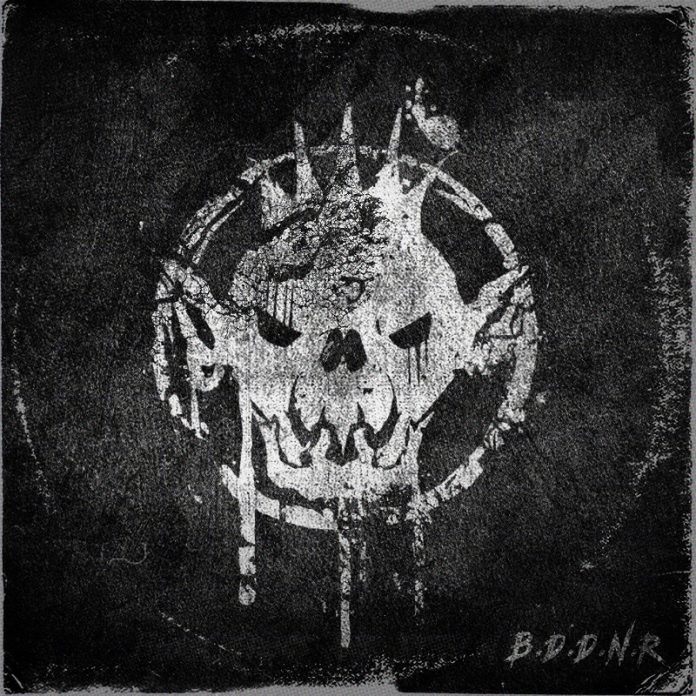 London’s Goblin King, Messrs King, Beast, Jester and Sin (probably not their real names) don’t half make things easy for those who listen to “Blood, Drugs And Death N Roll”.

For one thing, they are called King, Beast, Jester and Sin and for a second, well, the damn EP is named “Blood, Drugs And Death N Roll”, that should really have made it clear.

Consider that for a minute and then ask yourself whether such a record is ever going to be something you can listen to with your mum.

If the answer is yes, then fair play to your old dear.

The five tracks here are heroically simple. The title track takes about 15 seconds to discuss the merits of “big tits and pretty blonde hair” and just for good measure it is followed up with “Goblin King” which likes the idea of this greasy filth so much it runs it with some more.

But if it is simple as a kick in the balls, it is doubly effective, largely because Goblin King – the band not the song – are quite superb at what they do.

You want a comparison? Well if Lemmy fronted The Cancer Bats and they all decided to do drugs in a rancid North London bedsit for months on end then the results would be something like this.

“667” has the capacity to bludgeon and crunch at the same time. And if the Hells Angels move in next door and you want them to scarper then play this loud at 3am. Put it this way, when King growls “I wanna treat you like a piece of meat” he sounds like he means it.

And so it continues. “Eye Of The Storm” will only make perfect sense when played live in some rat infested club, and “Death Sti-XXX” is absolutely, and absolutely knowingly disgusting.

“Who wants to suck on my death stick?” as a question it is one you hope never to be asked. But when it is asked by Goblin King the only option is to close your eyes and open your mouth.