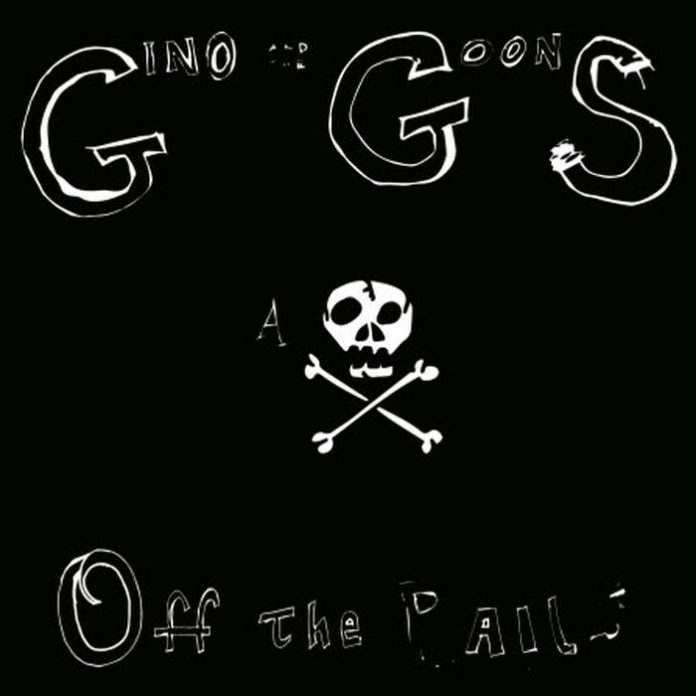 They sent me Gino and The Goons new record a month or so back.

“Off The Rails” it claimed, was a record made by an “American rock n’ roll band”. 10 songs, 27 minutes. I put it on, thinking that I’d be packing it full of references to the heartland.

“Blue collar”, that’ll be there. Maybe a Tom Petty flavour or two, a spot of Springsteen, perhaps? Something close to Dan Baird….ooooh maybe I can shoehorn a reference to Sun Studios, or The Hold Steady in?

Instead, my notes for “Off The Rails” contained words like this:

The last one, actually is probably the overriding feel of the whole thing. Because right from “Hit And Run” right to the last note of the title track, which ends this, it reminds me of The Wildhearts “Endless, Nameless” record. On that one, Ginger and the boys had wilfully buried the melody so deep in a morass of feedback, it took an archaeological dig to find it.

And, yet, it was there and it was a wonderful thing.

That, basically is Gino and The Goons.

“Ain’t Got No Friends” doesn’t want any either, but listen closer and there’s a classic Chuck Berry bass line in here, “On My Way” sounds like all the guitars are competing for supremacy, but somehow it works. God knows how, but it does.

“Wrote You A Letter” merrily steals from “Proud Mary”, seemingly just for kicks, and “You Ain’t Shit” is two minutes of violent nihilism, and yet despite it all, its catchier than …..I’d normally say “cold” here, but STI seems more appropriate. And the lead guitar sounds like its being played by my baby niece, but that’s all part of the charm.

It’s the sheer simplicity of GATG that you can’t fail to love. “Summer Sun” has a line in about “We’re only having fun” and its hard to argue that this was the point, “Walk The Hog” sounds like The Sonics tuning up, with a hangover, but then “Rat Rod” comes, and you can’t help chanting it, you just can’t.

“She Can Take It” (and may her God have mercy on her soul) just about resists the urge to go full “Louie Louie” on you, but it kind of does prove the point that somewhere, really far down in this, there is a classic rock n roll band.

Ordinary decent people will probably hate this. The rest of us, just enjoy the debauchery. I’ll say this though. If Gino and his goons moved in next door, I’d move house. And if they invited me to one of their parties, I am busy that night – but only cos I’d be too scared to knock on the door.