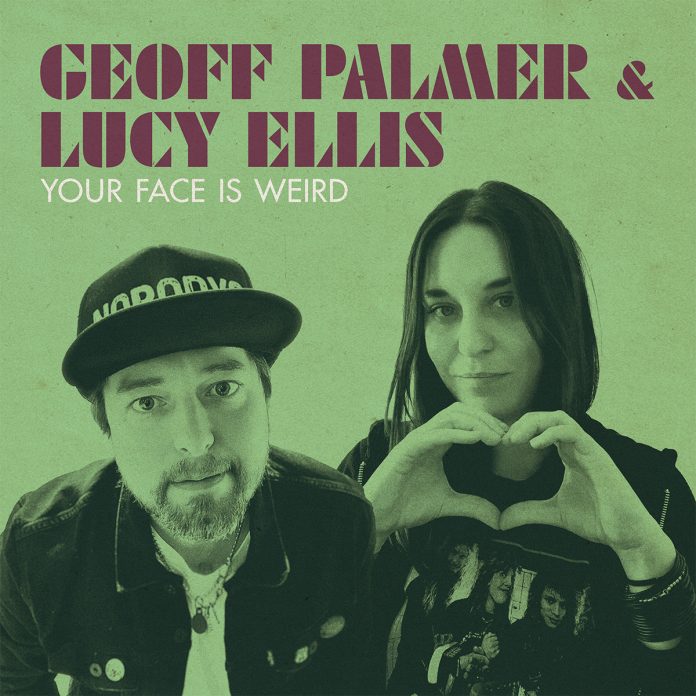 If someone asks for the greatest duet, then the answer is easy. Cher and Beavis And Butthead doing “I Got You Babe”. But since August there’s a new number two, its knocked “Don’t Go Breaking My Heart” into third.

When John Prine died earlier this year, there was an outpouring of emotion, and at the risk of appearing a philistine (and I review a lot of singer/songwriter stuff too) I wasn’t too aware of his work. So much so, when I put “In Spite Of Ourselves” by Geoff Palmer and Lucy Ellis on MV back in the summer I didn’t even realise it was a cover.

I did know, though, it had this line on: “He ain’t got laid in a month of Sundays” sings Ellis “I caught him once and he was sniffin’ my undies”. Ok, cool, sign me up for this (and for more John Prine too).

And yet, across these eight songs there’s an innocence, a longing for a better time, a different time. Best exemplified perhaps, with the simply gorgeous version of “They Don’t Know”. Kirsty McColl’s version is hard to improve on, but goodness me, this gets close.

It nails the vibe too, because “Your Face Is Weird” is what happens when two of the underground get time on their hands. Geoff Palmer is a favourite around here anyway because The Connection are simply that good, and faced with a year off in 2020 (something about a pandemic, I haven’t heard anything much about it, have you?)he rang Lucy Ellis and asked her to make a single with him.

Ellis is an Australian living in London with a string of bands and the sweetest voice in the Northern Hemisphere, and one song became two, became the eight here.

Palmer’s Connection buddy Zach Sprague joins them, as does The Elton John of the underground as I once dubbed him on here, Kris Rodgers, and the result is some of the best, most unadulterated, joyful pop in 2020.

From “In A Town This Size” (a song that the aforementioned Prine covered) to the end of “Havin’ A Party” there’s just something lovely about this. I am certain that if they were really at a party, there’d be something stronger than popcorn and cokes in the icebox, but it matters not. Nothing better explains the mood.

There’s a couple of originals here too. In truth, though “Swim” (written with Kurt Baker) fits in so seamlessly with its harmonies that you wouldn’t know, and “Crash”, with its rock n roll solo, like Chuck Berry gone nu-wave, is a sugar rush.

“Together”, has a kind of Americana air, and if “I’ll Never Fall In Love Again” has been covered by everyone in the world, then it hasn’t been done with quite as much hope as it is here.

And “hope” actually, is a good word for this as a whole, the promise of a silver lining maybe, the feeling that 2020 won’t last forever. There’s just something lovely about it, and even more important, it was made as a result of zoom chats, which most certainly beats the crap out of them stupid, boring quizzes.