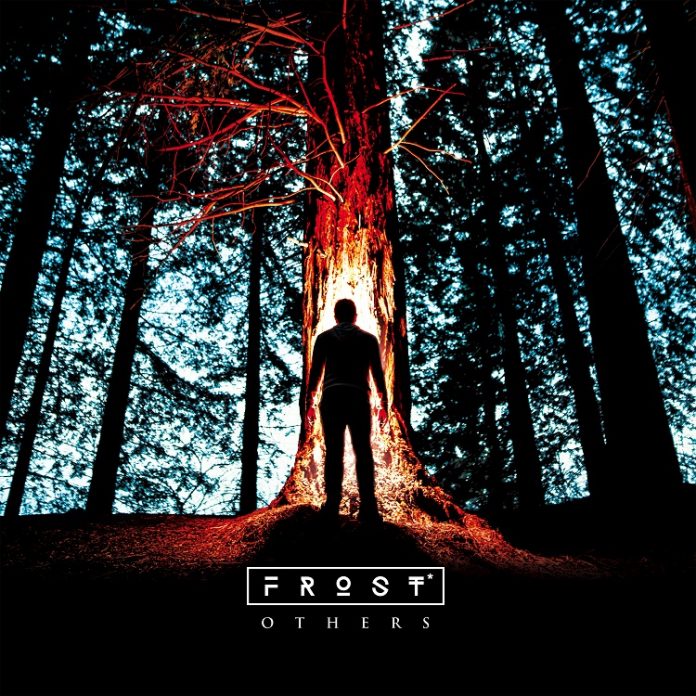 Imagine being so creative that you have too many songs for your new album.

Must be nice, that.

That’s essentially what “Others” is.

The story goes that when Jem Godfrey – the Frost* main man – and his cohorts John Mitchell (who’s played with everyone, but has a Lonely Robot album due) and Nathan King (Level 42, It Bites, The Blockheads) finished their forthcoming record “13 Winters”, they decided it wasn’t going to be the double album they’d planned.

There were six songs left over.

Now, in the old days they’d probably have saved these for b-sides (bands like The Wildhearts, Silver Sun and others used to have some crackers as extra tracks) but that’s just another thing the internet has ruined, and no one buys singles anymore, so what do you do with “The Others”? Well, you stick them out as an EP, that’s what.

At 32 minutes it passes my album threshold, frankly. It’s simple, anything longer than Slayer’s “Reign In Blood” is an album, and that’s that, but whatever you want to call it, “The Others” is a bit good.

Brave, daring, and even for Frost* a bit “out there” on its own in left field. And it’ll take you a few listens, but when it does hit home (and I hate the phrase “when you get it” normally, but it really applies here) there is so much to reward you.

The fact that, so far as I can tell, there is no drummer here, gives this a real industrial feel, but unusually I will start in the middle, because the standout song – the truly brilliant “Exhibit A” – has a breakdown that isn’t far from “Fat Of The Land” era The Prodigy stuff.

About the perils of fame – the scream at the end of “this is what you wanted, why are you crying?” is particularly chilling, and this is less a song more a performance piece.

If that is the best bit, then the rest isn’t far off in terms of quality. “Fathers” starts off with something of a crescendo and its wild, stark synths and the almost disembodied vocals are a mark of things to come.

“Clouda” is more fragile – a little like the xylophone bit in the opener is too – but the harmonies take that to a different place. That’s the longest one here, at just inside seven minutes, and it is truly surprising how much is packed in here. “Fathom” for example, deals in something a little more grandiose sounding, and “Eat” is suitably tasty, but it is – let’s be honest about this – downright weird. The sort of thing that works brilliantly on a release such as this, where it seems the handbrake was taken off totally.

“Drown” is gentle, a kind of floating, shimmering end, an ocean of serene if you will, evoking thoughts of rugged cliff tops (but that’s probably just me…..!) What the record as a whole does do, though, is not so much act as an entrée for the main album (this is Frost* after all, who knows what that’s going to sound like, maybe nothing like this), but remind everyone how good they are.

It is four years since I reviewed the last Frost* album “Falling Satellites” and I honestly had to check if they’d released anything else since. They haven’t, but with the main record coming “in the autumn”, this will certainly do for starters. Not a stopgap, more a standalone, and “The Others” deserved their moment.