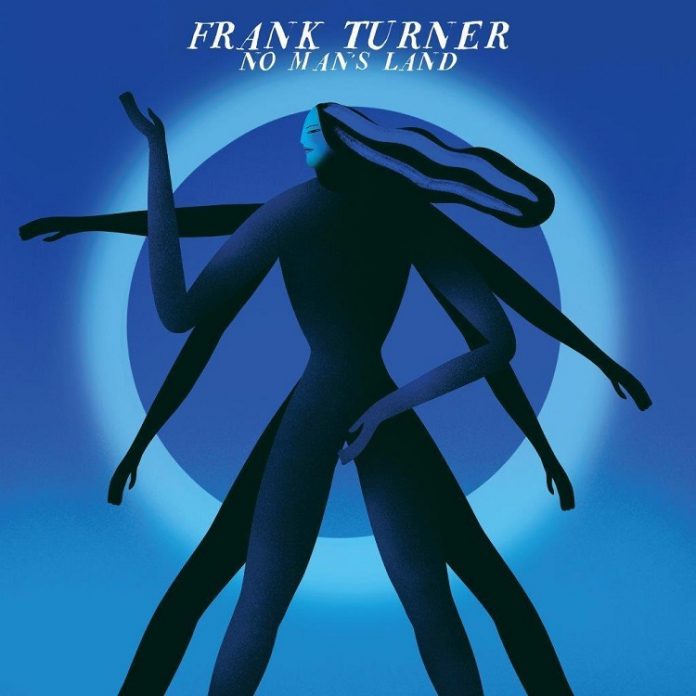 I have written this before, and I am acutely aware that it makes me seem like a philistine, but when I read the words “concept album” my default setting is to go “yeah, alright mate…..songs any good?”

So, there was a bit of that when I first heard about “No Man’s Land”. But then, it is Frank Turner, so whatever it is it’ll be interesting and compelling. Then second of all, I am a little bit more invested in the “concept” here than many that I hear about.

“….Land”, according to the official press stuff that came with the album: “is dedicated to the vital stories of women from history whose lives have all too often been overlooked by dint of their gender.”

Forget some Coheed and Cambria dystopian sci-fi world, like they sent me a comic of last year. That one kinda chimes.

The other week I went to see a Shakespeare play for the first time in donkey’s years. They’d remade “Taming Of The Shrew” and essentially swapped the gender lines, so it was the female characters that did the “taming” as it were. I mentioned this to a mate of mine, who said in response: “feminism is taking over…..”

I’ve got another mate (who I know reads the site too….) who has a thing about female commentators on male sporting events. When it’s pointed out to him that such views are archaic at best and downright wrong at worst he replies “hashtag Metoo”.

So, “feminism” isn’t taking over. Equality though should be, and if these 13 songs help change some thinking – and they are recorded with an all-female band, and produced by Caroline Marks who helped the recent Amazons record sound damn good – then this is a more important project than just a mere album.

But that does, in a way, bring me back to my original point. “No Man’s Land” only works, really, if its songs are good enough to carry a listener through.

This, though, is Frank Turner, right? Arguably the finest singer/songwriter we have had on these shores since Billy Bragg. And it takes one listen to the fabulous opener “Jinny Bingham’s Ghost” to make clear that this is pretty special. Some kind of gypsy folk, almost – a hint of Urban Voodoo Machine, maybe –  and some violin that The Levellers would be proud of.

“Sister Rosetta” actually has a touch of the aforementioned Bragg about it. Think mid-period “You Woke Up The Neighbourhood”, and I’ll be totally honest and say I’d never heard of Rosetta Thorpe either. And read about her as a result of this song. That, I suppose, is the point.

It’s the clever angles that really hit home. “I Believed You, William Blake” is a love song like no other, and is simply gorgeous, “Nica” as befits the person it is about is jazz infused, and songs written from the perspective of a serial killer are usually interesting, especially when she claims, as on “A Perfect Heart” that she’s a “lonely heart looking for the real romance of my life” as Nannie Doss did.

“Silent Key” which appeared in a different format on one of his earlier albums, concerns itself with the harrowing tale of Crista McAuliffe, the woman astronaut who was on the Challenger spacecraft. I remember being at school as a 10-year-old watching it on tv and the Headmistress turned the screen off when the horror of what was happening became clear. Here though, Frank sings it himself and again, finds an angle to it that no one else would. It’s what he does. But it’s worth pointing out, because he does it so well it never seems out of the ordinary.

“The Death Of Dora Hand” sounds most like “classic” Turner, if you like, and is surely going to be a staple of the live set for a while, but that is beautifully balanced by the dark “Graveyard Of The Outcast Dead”, and this one will, if you listen to the lyrics, really make you stop in your tracks.

“The Lioness” if not quite a return to his punk roots, then has a driving, thumping rhythm, an “indie floorfiller” if you want a hook, but it says much about Turner that he can follow this with a fragile folky thing “The Hymn Of Kassiani” about a Byzantine Princess.

“Rescue Annie” – and if you don’t know who she is, you know her face as the one of a Mannequin – has some haunting piano to beef up the sound, while “Rosemary Jane” is as classic a piece of songwriting as you can imagine. Building beautifully, about his mother. It ensures the record ends on the most personal work here.

Mention of mothers, I guess, leads on to this, and I actually mentioned this when I reviewed Turner’s Best Of a couple of years back, however I make no apologies for doing so again. Mine died in 2009. The first gig I went to after that was The Gaslight Anthem in Birmingham. Special Guest to them, that night, was Frank Turner. I knew he’d been in a punk band. That’s all, so like any music geek I checked him out. I found this song “Long Live The Queen” on his then latest record. It said, to me, all I was thinking about grief at that time. It remains, one of my favourites to this day. And it’ll always be about what happened in Jan 2009. Always.

It proves two things, though. One he’s always written about strong women characters. And two, his rise in the decade since to a genuine arena star that has crossed over, is entirely due to his talent and his ability to connect with people through interesting songs that speak to them. “No Man’s Land” is your proof.