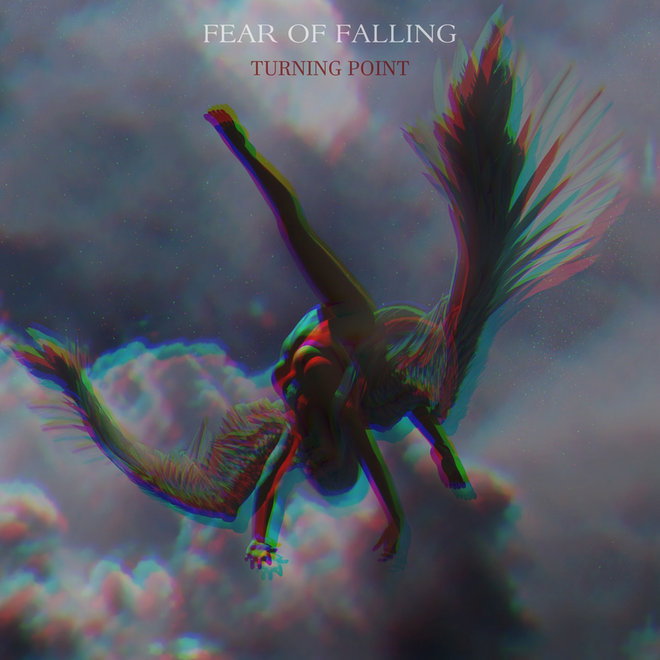 Fear Of Falling are a South African rock group who comprise of vocalist Jack Atlantic, guitarist Lloyd Timke, bassist Brendon McCaig and drummer Dale Schnettler. Their debut album `Turning Point` is out this month and follows up their debut EP `Braking Point` released earlier this year.

The album opens with `Drive` with its tapped drum rim and delightfully unnerving guitar chords which give it an immediate sense of unease. The vocals arrive and relate a tale of a romance gone south with their lover in the arms of another and the only way of coping is to drive. A wonderful anthemic rock ballad of sorts which you can almost hear the pain of injustice in the vocal delivery. We have another reflective number with `Faded` where the storyteller feels they have wasted a number of years in an unsatisfactory relationship and sees their life ebbing away. It`s a mid-tempo rock out with some delightfully intricate guitar riffs.

`Falling` is another quite enthralling listen. A track whose title seems to be a metaphor for how the singer`s relationship is heading. We have a more pounding thumping quite driving number in `Won’t Let Go` a kind of reaffirmation of the desire and passion the raconteur still has for their partner and what they mean to them.

`Sunrise` is a song about new beginnings, hope and starting over according to singer Jack Atlantic and it has that captivating larger than life texture that bands like Nickelback seem to achieve at the drop of a hat. I found it quite mesmeric and superbly uplifting. There`s a deeper darker heavier vibe to `Breaking Me Down` with some cracking bass lines, along with churning guitar riffs and vocals that convey a sense of anticipation and trepidation.

`Hate` is as it says on the tin a number about one person’s disgust for another and in this case an abusive relationship. There`s a wonderful edge to the number and at times the lyrics are rapidly shared and almost rapped with at other times some blistering guitar riffs. We have another unsatisfactory relationship in `Fake It` which has some grinding guitar riffs and takes off in a fairly pounding nearly aggressive manner at times. The disturbing questioning lyrics are nigh on shouted at times.

`End Of Days` a song about the spark going out of a relationship is a fairly noisy offering which seems to ebb and flow in belligerent powerful bursts then more considered lighter sections. The album closes out with `Home` an enjoyable stripped back composition initially that is led by a strummed acoustic guitar before the drums and bass join in to fill it out. A song of missing someone close to you.

I found that musically this album had cracked it and lyrically they have so much potential but did we really need ten songs about good, bad, and indifferent relationships. There`s plenty of emotion here and the musicians are undoubtably talented and `Turning Point` is the guys debut album so I`m pretty wired to see what is next. I don`t listen to as much hard rock as I used to and this is the sort of album that makes me feel i`m missing out.