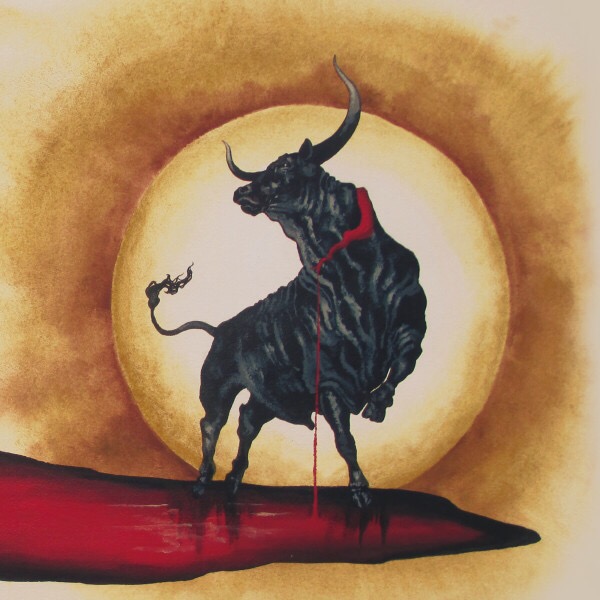 When members of Jess And The Ancient Ones decided they wanted a hobby, this happened

Sometimes you listen to a record that seems to capture the zeitgeist. It’s absolutely of its time. Think perhaps of “Smells Like Teen Spirit,” “Welcome To The Jungle” or “Livin’ On A Prayer.” All songs, that came along and in their own way, changed things.

Then there’s other pieces of work. The ones for whom the word “timeless” might have been invented. That is to say, they could have emerged at any point in the history of rock n roll and not been out of place.

This, the debut work from Exploding Eyes Orchestra, is definitely in that category. As it weaves it’s dark, lush magic, on the back of song structures that are at once familiar, but offering something different, as the organ swirls one minute, the harmonica kicks in the next, and there is the odd pounding rock riff for good measure, you are never quite sure when it was made.

The answer to that is in 2013 and 2014. Exploding Eyes Orchestra – as perhaps fits the name – is a collective of musicians. Crucially including five of the seven members of Jess And The Ancient Ones, including brilliant singer Jess, who takes the honours here with a stunning display.

The darkly haunting, almost occult stylings of “The Smoke” are pulsing with hints at macabre as “they” – whoever “they” are – plan to burn a man alive, whilst the more relaxed and chilled out “Crazy Heart” gives the chance for Jess to stretch herself and main main Thomas Corpse to add some wonderful guitar to the mix.

“My Father The Wolf” is all 1960s psychedelics, and “Drawing Down The West” is almost bluesy in its huge intentions. “Two-Zero 13” is the shortest, fastest song on view, bringing with it a real classic thudding strut, and “Black Hound” decides to go for an eerie sense of foreboding and a spoken word passage.

This is the type of record where those type of things can happen and it never seems out of place or forced in any way. There are moments here of absolutely superb music and things get close to almost perfect classic – in every sense of the word – rock.

Not bad for something started as a hobby, huh? And there’s enough songs for part ||, apparently. That’ll be a superb record too, no doubt.