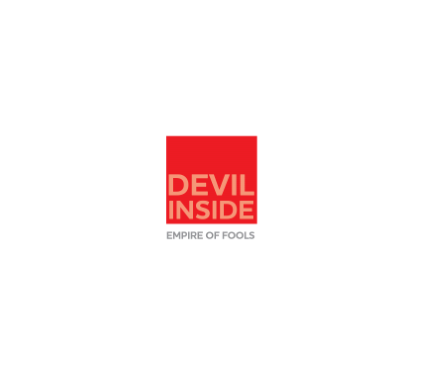 MVM had best come clean. We don’t have the best track record with bands from Devon. About 20 years ago this reviewer went to watch Feeder. On the bill that night with Grant Nicholas’ men were Straw (a couple of whom later formed the Jeevas with Kula Shaker’s Crispin Mills) whom we loved and a new band based in the West Country that we denounced as “shit” and moreover confidently predicted were to sink without a trace….

Muse (for it was they) are still not a favourite around here, so MVM does stand by that, but such a prediction might probably mean that Devonians that make up Empire Of Fools will want to ignore the following as the ramblings of a bloke that hasn’t a clue.

Which would be a shame, because there is so much to commend this six tracker. Not least is the rather clever thing it does, because EoF sucker you into thinking they are one thing before deftly swerving into some other areas altogether.

The thing is it starts pretty conventionally. “Down To Earth” is a strident hard rocker. It’s very good, it has a catchiness, a decent chorus and you’d imagine it’s good live, but it’s not too much different from hundreds of releases so far in 2015.

But then comes the first sign that Empire Of Fools intend to construct something that sets them apart. “Higher” – a single which we’ve featured on these pages – is a sassy, funky swaggering thing that evidently has ambitions beyond a mini album.

Which is all well and good, until the title track builds from a stark intro which sounds to these ears a little like “Personal Jesus” before an enormous hook wades in like it owns the place and makes itself at home. With their feet under the table and a clear confidence in their abilities. Empire Of Fools really find their feet, “Dirty Mind” should has a title which suggests a sound like a Poison song from 1988, has instead is a mid paced almost balladic affair which thumps home it’s chorus and builds to a tumultuous climax as Mark Pascall cuts loose brilliantly on the guitar.

And just in case you thought that was a fluke, then along comes “Hope” and so good are they at writing this kind of restrained alternate rock, you almost wonder why they bother doing anything else.

They end with “Unstoppable” and by now there’s a clear thought that they might just be. The song is the best thing here. Seemingly taking all the ideas from across the album and distilling them all into a handy bitesized chunk. It’s a superb song and this is a superbly conceived collection.

Given the story at the start, it’s probably best we leave the tipping to others. However, on “Devil Inside” Empire Of Fools have made a classy little something that suggests that they could be something worth looking out for in the future.