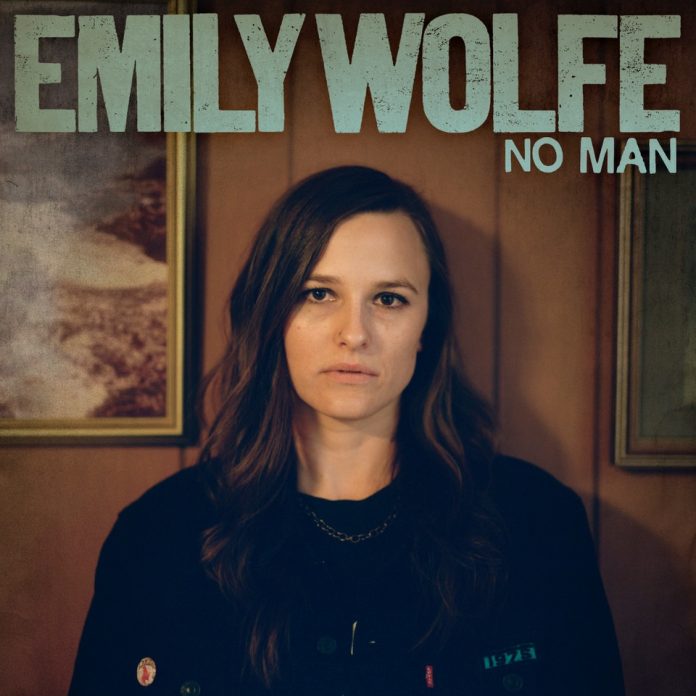 Austin, Texas based singer-songwriter and acclaimed guitarist Emily Wolfe has recently released her second album ‘Outlier’. It`s the follow up to her 2019 self-titled debut.

The album opens with `No Man` and it`s delivered in a sort of field holler vocal style and has a defiant rage and fury about it. The singer has said that it was written about the oppression she felt from certain men in her sphere questioning her ability and hard work. It`s a kind of anthem against oppression with the chorus of “I don’t need no man” reiterating that there is power in independence and not needing approval from the opposite sex. There`s a much faster pace to `Cover Of Virtue` which has an interesting mix of driving drums and fuzzy guitars and bass but does seem to take some diversions to a slower pace at various times throughout this journey, maybe to take stock or reflect back on what`s passed.

`LA/NY` has a mix of synth tones throughout this track and the vocals have a delicate and quite ethereal feel about them at times. It seems to be a statement that this artist can only be true to herself and not what the scene in Los Angeles or New York figure she should be. We have more of a melodic synth-pop number with `Something Better`. The singer has said this submission “took on new meaning during the pandemic and was written at a point in my life where I felt stuck,”, “It just took on a whole new meaning during the pandemic because no one knows when it’s going to be better. With everybody in the same boat, the chorus, Will things ever change, I don’t want to waste my life away looking to find something better, just came naturally.”

`Never Gonna Learn` is an electronic based real foot tapper. It has an underlying beat that drives it along and it`s a sort of entrancing offering that you`ll feel yourself getting sucked into. According to Wolfe, `Vermillion Park` started on a nostalgic pop footing, then evolved into a narrative of her relationship with her wife now. It has a repetitive hypnotic beat, a sort of sentimental reflective pop number.

`Damage Control` is an electronic centered rock out which had me in mind of some aspects of Goldfrapp`s sexuality and at other times early Kasabian. Wolfe has said that `My Lungs Give Out` is a song about her love for the band The Cars, “It’s my ’80s tribute.” It does have a sort of retro vibe about it and a guitar hook reminiscent of the Boston new wave band.

`Death Row Kiss` hones various aspects of electronic music. It begins with a sort of nod towards Nine Inch Nails and their industrial edgy sensibility but lightens up in a more Moby like ambiance as it progresses. A quite unique and compelling listen. We close out with the slower more thoughtful `Heavenly Hell`. A composition that showcases the range of styles that this artist is capable of. Although a much more relaxed track, it retains that depth of song writing.

`Outlier` is a varied and enjoyable listen. Emily has again engaged her regular rhythm section of bassist Evan Nicholson and drummer Clellan Hyatt to bring these numbers to life. She has shared that making this record taught her that she didn’t have to try to fit into one box and she wanted to attempt crossing genres between rock, grunge, and modern pop elements. In my opinion she has very much achieved that aim. In `Outlier` she has certainly succeeded in delivering an album that wasn`t expected and that`s something i`m happy to applaud.