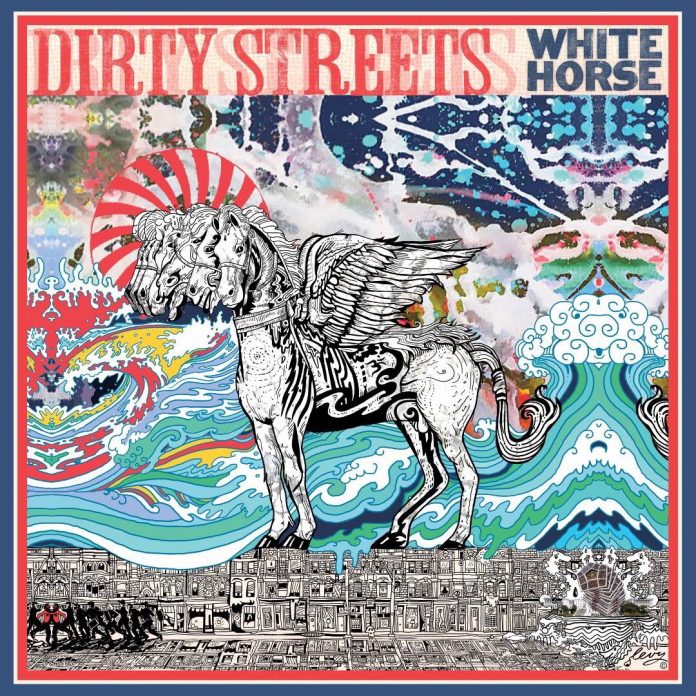 Going wild, wild in the Dirty Streets, as Bon Jovi nearly said in 1986

You know that stuff about the first impression being the one that counts? The thing is, it’s right. In this case, the process works like this. Email arrives with the details of the album, MVM looks at the picture of the band and thinks: “oh this might be good” but moreover, you kinda knew what Dirty Streets were going to sound like before you’d heard them.

So here’s a few things: there’s three of them. Three piece bands rule. ZZ Top, Rush, Motörhead never needed a fourth member messing things up. There are to be no arguments here. Then there’s the not inconsiderable fact that the trio of men that make up Dirty Streets look as though they’ve stopped straight out of 1968.

And you know that crap about never judging a book by its cover? You can shove it, because if your initial impression was that Dirty Streets were doing to be brilliant you’d be spot on.

The bottom line is quite simple. If you like your bluesy fuzzed up rock n roll to be be played like it used to be played and to have added psychedelics and whatever other cool stuff that came to their mind as they were jamming on these tracks in the studio (and don’t bother shattering our illusions by telling is it was recorded on Pro-tools either). Then buddy, you’ve got your favourite new band sorted.

It takes all of about three seconds of “Save Me” to realise that any notion of journalistic cool has gone out of the window and what you actually want to do is get in a rancid Winnebago (and if there’s any justice in the world that’s what these boys travel Route 66 in) and follow Dirty Streets around America.

Of course what we are supposed to do at this point is tell you that everything from Thin Lizzy to Led Zeppelin by way of The Faces and Humble Pie and early Rolling Stones is helpfully distilled into one handy package, but all you actually want to do is scream “hell, yeah!” and bore everyone you know about this band you’ve just heard.

In an effort to regain control, and not sound like some gibbering idiot, the facts are a little more prosaic. Singer Justin Toland is not only effortlessly cool, he can sing tracks like “Accents” like he was born to do it, while his guitar sound gives the thing a Credence Clearwater Revival feel. The bluesy and dark “Think Twice” not only features the finest fuzzy guitar solo of the year, it also distills the very essence of the record as a whole in its first line. “I live my life,” offers Toland, “Don’t even have to think twice.”

It’s precisely this attitude that means songs like “When I See My Light” sound absolutely and completely natural, and the simple boogie of “Good Kind Of Woman” is elevated into something very special by its hook.

If that’s the sex, then “Good Pills” is the drugs. And the rock and roll? Behave! That’s a given. “Plain” is purely and simply a pure and simple piece of classic rock and even the two ballads here are superb.

One of them, “The Voices” is countryfied and if the other, “Dust” – which ponders our place in the cosmos is a little more out there, then both sound like they were conceived in the desert under the stars.

And then, just when you think it can’t get any better along comes the title track to finish things. Almost as if it’s saying: “we are this good, it’s not a trick.”

“White Horse” is an album that’s astounding in almost every single way. Rock n roll probably doesn’t need someone to come racing in on a trusty steed to save it, the old boy is still in pretty good health, even after all these years. That said, if rock n roll was feeling a bit depressed and you wanted someone to remind it how good it has been and can still be, then this might be the album to cheer it right up.