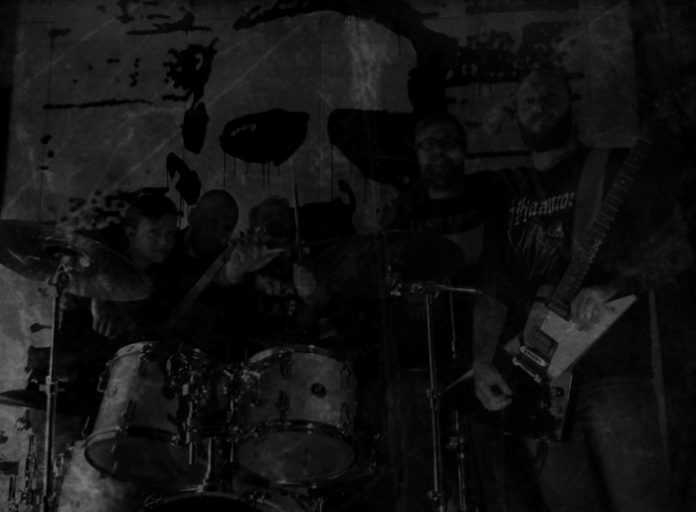 In the history of fantastic literature, there was only seldom an author as great and inspiring as Howard Phillips Lovecraft (1890 – 1937). His stories are of a mysterious kind and, though they cover a wide range of subjects, they all are engulfed by one overall epic and intriguing atmosphere.

Also today the Lovecraft-mythos still fascinates people. In Flanders it even summoned a real life cult, for in honour of H.P. Lovecraft, the band TYRANT’S KALL was formed. The musicians of this collective try to grasp a little of the aforementioned wretched and occult atmosphere, and subsequently channel it through their heavy and enthralling music.

The music of TYRANT’S KALL cannot be categorized in any traditional metallic subdivision. There are obvious influences of Doom and old school Swedish Death Metal in the vein of DISMEMBER and old ENTOMBED, but one can also hear some Thrash Metal in there and even 70’s Rock is not shunned. It is precisely this mixture of styles and influences that renders TYRANT’S KALL its uniqueness.

In 2010 a demo-tape was released with recordings from rehearsals. By the sound you could hear very well that this was not recorded at a studio, but the Cult-effect is very present! With their first, self released album entitled “Dagon” from 2013, TYRANT’S KALL was determined to lure even more souls into the ever slithering tentacles of the Old Ones. And now in 2015, crawling from a primordial slime pit somewhere in Flanders comes this 2nd album of TYRANT’S KALL “Gla’aki”, a reprieve for the mindless zombies suffering in eternal torment.

Indeed – the Great Cthulhu may still be sleeping in his house in R’lyeh, but when he wakes up, TYRANT’S KALL will be present to provide a suiting soundtrack for total cosmic carnage.