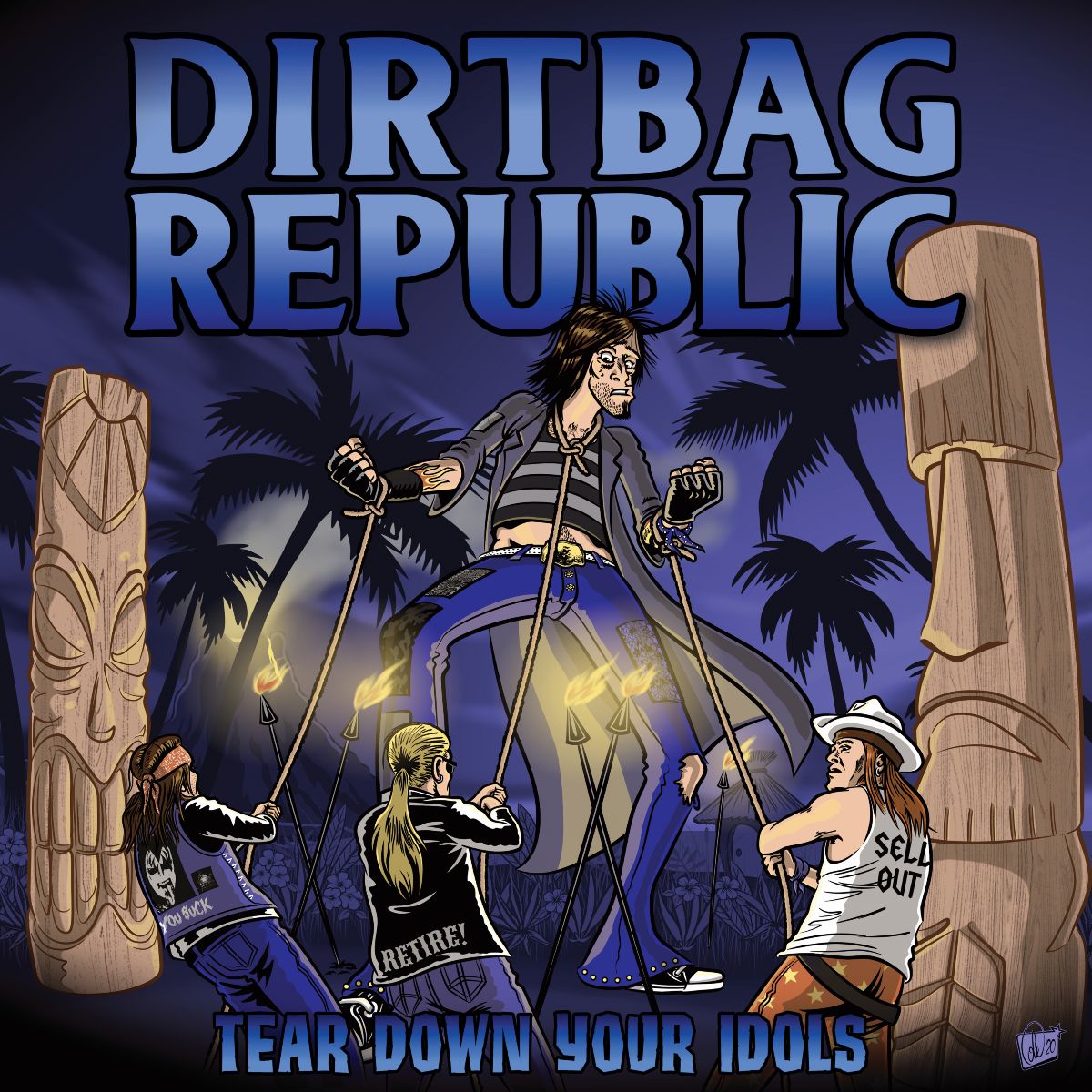 Years ago I worked for a massive Bank. It was part of your job to come up with three ways in which you were going to improve yourself every three months.

On the same form once a year they made you come up with “career objectives” and “personal ambitions”.

One year I wrote – probably because I thought it was funny or I’d been listening to lots of rock n roll of the type like “what are you gonna tell people who tell you what to do?” – “to have an ambition” and “to have a career”. Both of things, 20 years later, are still the case.

The point is, if I was in a rock n roll band, I would have zero idea what I “wanted” to be and we’d drift.

There’s a track called “When I Was Young” towards the end of “Tear Down Your Idols” that goes “when I was young I dreamt of going gold and platinum and looking like my heroes on Kiss Alive” and you can bet your ass that the guys in the band have played every dog hole in Vancouver to make just that happen.

They aren’t hiding their love for just about every sleazy punk band from Hardcore Superstar to Backyard Babies and everyone else. And the band formed by Sandy Hazard and Mick Wood make it clear on the first song “As long as I’m alive, rock n roll will never die” and the rest of “Tear Down Your Idols” kind of lives up to that.

Via – it must be said- some weird ass tangents. “Skinny” is the only punk rock chugger to rhyme “closer” with “anorexia nervosa” I’d wager, and its discussion into eating disorders is rather catchier than you want when you end up singing it at work (no longer a massive Bank so that’s cool). At least “Wannabes” gets us back on track. A Wildhearts-ish romp which says “rock n roll is my conviction” and suggests that bands don’t feel the same way, frankly should. “Days Are Gone” certainly suggests they paid their dues way more than we did, for damn sure. “Don’t Answer To No One” on the other hand, dusts off some Dogs D’Amour and is one of a few that decides that they alone had best save rock n roll.

Why this is better than most of its obvious competition is because after this. After celebrating rock n roll it then poses the question: what can we do to stop it dying? The title track, basically reckons that bands have got complacent. “Re-release the album again, with demos from the garbage bin” nails it. And that’s the vibe. Classic but with no time for old.

“Sorry” does power pop, and is sorry for nothing,  and another of the reasons I love this record – there are many – is that it understands melody and that low-slung rock needs it. “Did All I Could” perhaps passes as a ballad, but as far as I can gather it is written about a relationship break-up after the protagonist had left his wife for it.

Having a song on here called “Superficial” is something of an irony, given that this is the least superficial record you can imagine, and the love for a riff is never far away. That all being said Nicke Andersson himself would be proud of “Turn Back Fast”.

“Tear Down Your Idols” is an underground gem. It’s the work of fans and a band that kind of gets that those days of teenage dreams are behind them. These days they are making the music they love. But still with the razor sharp focus of a band that never wavered from the path that was set out for them decades before.