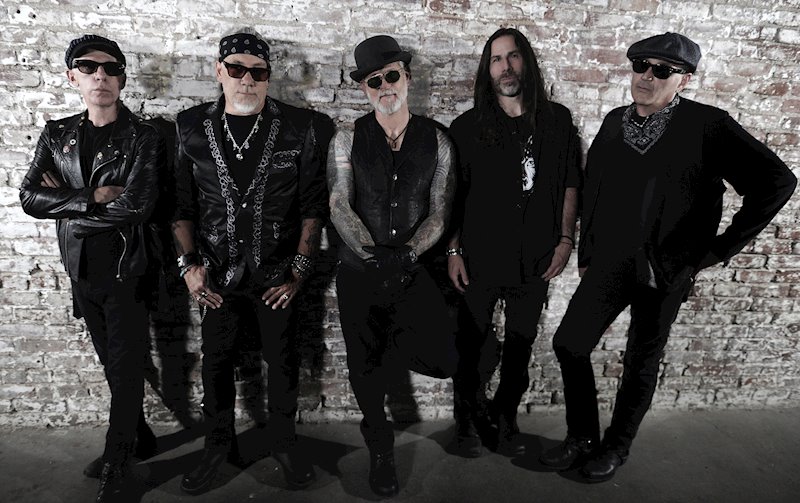 Check out the video for single ‘She’s Automatic‘ here:
https://www.youtube.com/watch?v=fGU1HHfYqvM

Cruzados are excited and busily gearing up to release their long awaited and much anticipated third album, a collection of 11 all new original songs titled “She’s Automatic!” to be released 28th January 2022 on Deko Records.

Signed by record executive Clive Davis, Cruzados released their debut album “Cruzados” (1985) and “After Dark”(1987) on Arista Records spawning the singles and videos “Motorcycle Girl” and “Bed of Lies” which quickly became MTV favorites and chart toppers, with the latter single reaching the #4 position on the Billboard chart in 1987. The Cruzados original songs and fan favorites in their live shows would eventually find their way into blockbuster motion pictures such as Roadhouse, From Dusk Till Dawn, Desperado, Gun Men,  and more. The Cruzados would appear as themselves in the hit motion picture Roadhouse as well.

Cruzados hit the road hard  touring worldwide between the years of 1985 and 1989 performing at every dive bar and over the top stadium show in it’s path. The band shared the bill with a wide variety of diverse groups such as Fleetwood Mac, Joe Walsh, Billy Idol, Warren Zevon, Stevie Wonder, INXS, Joe Cocker to REM and the Red Hot Chili Peppers. After two albums and endless tours the band called it quits.

This album is dedicated to the memory of our fallen Cruzados brothers Chalo Quintana and Marshall Rohner, whom without them Cruzados would not exist. Their spirit and dedication to rock and roll will live on forever in the music that they helped to create.