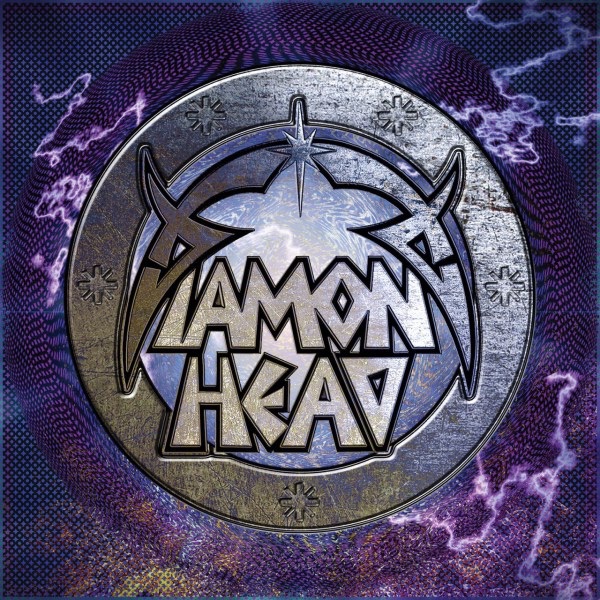 If a week is a long time in politics – and when you watch the drivel coming from Donald Trump it really seems that way at the moment – then eight years is a lifetime in rock n roll.

Entire movements come and go in that time, the musical world, and most certainly it’s landscape, can undergo seismic shifts in eight long years. Yet that’s how long it’s been since the last new record from Diamond Head. It’s not like they’ve been silent in that time, indeed they’ve frequently been up and down the land with their live shows, but it’s about, well, time, for the follow up to “What’s In Your Head?”

Maybe the band themselves realise that it’s almost like a rebirth. Perhaps thats why the title of the record is simply Diamond Head? Certainly in the build up to the record, main man Brian Tatler – still one of the best lead guitar men in metal – has spoken about trying to push the band forward.

Things have changed in the last couple of years. Nick Tart has vacated the mic stand, replaced by Danish born Rasmus Bom Andersen, who performs a sterling job throughout his debut, and it’s very much a record that all can be extremely proud of.

Never as outright traditional galloping metal as some of their late 1970s and early 1980s peers, and that feeling is still part of Diamond Head in 2016. So yes, songs like opening duo “Bones” and “Shout At The Devil” – the latter in particular has a raw feel and is not a cover – are rooted in metal they are more than happy to have a hard rock passage or even a Led Zep type flourish here and there, as on the grandiose “Set My Soul On Fire” which builds superbly.

There are moments of superb songwriting too, “All The Reasons You Live” with its possible religious connotations, pulses with an electricity and an urgency that has echoes of what their fellow Midlanders, Magnum, do at their heaviest, and the swinging, almost bluesy swagger of “Wizard Sleeve” is a thunderous piece of fun, and as Andersen sings “let me come inside your wizards sleeve” you can only summise what he was on about.

Elsewhere, “Speed” gets its foot on the monitor and it’s horns up, and there’s a real dark imagery about “Blood On My Hands” which slows the tempo to great effect and the highlight of “Diamonds” is a fine call and response guitar opening.

The whole thing ends with a slow burner. “Silence” is a big old epic and it provides a fitting conclusion, adding a real power metal atmosphere with its orchestration.

If Diamond Head are now doubt proud of their legacy and the patronage of bands like Metallica, to be a viable band in 2016 they needed a record that confirmed their place as a modern outfit with plenty to offer, with this self-titled effort, they’ve most certainly managed that. Welcome back.