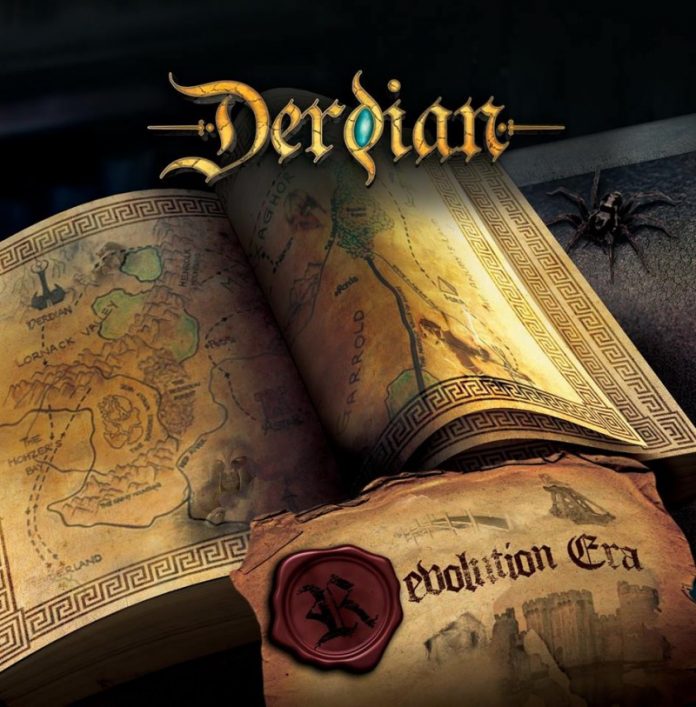 John gets excited by this Italian sympho mob

Italian symphonic power metallers Derdian release a compilation of re-recorded tracks from their first 3 albums (New Era 1, 2 and 3) to give fans of their latest albums Limbo (2013) and

Human Reset (2014) the opportunity to re-visit unheard material. On first listen, the melodies and musical style reminded me more of pirate metal group Alestorm, but then I discovered a story-telling theme throughout each song and music that seemed to transport me to another world where thieves, vagabonds and dwarves exist. It
could almost be the soundtrack to the Fighting Fantasy series of books I read / played in the days of my youth.

There’s superb melodies ably played on lead guitar and keyboards, and the bass and drum parts give a thumping foundation for the dynamic and fierce vocals of lead singer IvanGiannini. There are a suite of guest performances throughout that help to bolster and strengthen the impact of each song. Stand out tracks for me are Battleplan with a guitar solo to die for, the progressive Lord of War and the blusey-ballad Forevermore sung beautifully by Ivan and guest vocalist Elisa C. Martin (formerly of Dark Moor).

An album that certainly has me wanting to go back and discover a potential gem that I may have missed over the years.
Rating: 9/10