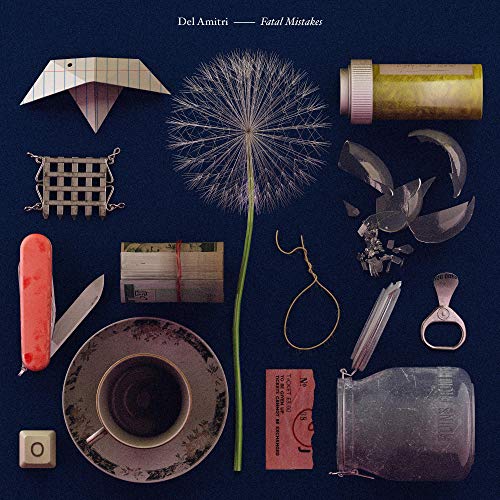 So credit to Del Amitri for this in “You Can’t Go Back” the opening track on “Fatal Mistakes”. “That thing between us/That we knew was something special/Well, it seems it still is…”

Look, if you are going to put this on the first track on the first album you’ve stuck in out 20 years then the rest kind of writes itself, doesn’t it?

Well, yes and no. Because there’s a reason Del Amitri have always been one of my favourites for 30 years and its this. They can do that, they can have some knockabout fun (and there’s plenty of that on “…..Mistakes” too) and they can appear on BBC Breakfast being interviewed by Dan and Louise, but they also have this: “People toast our survival/As if slogging on /Is living out the dream/ So hold up your faces/Left to your devices/ You’d have killed us off” and whilst its open to interpretation, as so much of this is, I am putting an anti-Tory spin on this, because I can. In truth, though, so clever are these songs that they can mean whatever you want them to.

It’s a rare skill, and one that Justin Currie and Iain Harvie have always had, but this one seems even more steeped in it. “Musicians And Beer” is a labyrinthian tome, “Close Your Eyes And Think Of England” is driven by its piano, and a glorious melody. This is a wordy, weighty thing too, even the overtly pop ones odd. “Losing The Will To Die” is a brilliant example. Cheery sounding, but then you listen to the lyrics: “hooray hooray, its Saturday and I am to tie the noose” (he doesn’t ,and that’s the point, but its wonderfully done).

“Otherwise” is Sunkissed, laid back, and skilful, but as always with these boys it’s the juxtaposition of the sound and the words, and their sound, that one that was a mixture of American west coast and Scottish grit is all over this too. “It’s Feelings” for example, could only be them, and no one else.

“I’m So Scared Of Dying” is more than just the highlight, it’s a fabulous example of everything I think about the band. The bleakest love song ever? Possibly. The sort of thing that no other band that has ever been on BBC Breakfast after the 9pm news has ever done? Definitely.

Everywhere you look, though, there’s something superb and original. The folk infused “Mockingbird, Copy Me Now”, the even better thump of “Missing Person”, which has Celtic flavour and the pay-off line “only desperate little men ever drink alone”.

There’s some genuine darkness in the thoughts throughout. “Second Staircase” is beautifully melancholy, and “Lonely” with its raw blues guitar perhaps highlights the musicianship here too, but it’s the last one “Nation Of Caners” that is truly jaw dropping.

Written in a way that befits James Joyce’s “Ulysses” more than a rock song, the energy, the outpouring of words, the feelings, it is a perfect thing to finish your first album for 20 years with, as if they’ve had so much to say that they just needed to get it all out ASAP.

A magnificent record – and no mistake – it underlines the skill and talent that Del Amitri have always had.