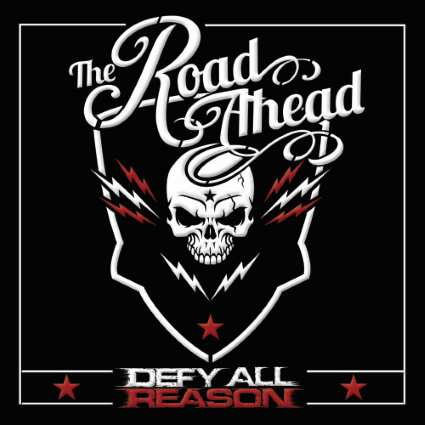 When Bon Jovi were at the peak of their powers back in 1989, they became one of the first bands to have a film crew following them around on tour. On the resulting “Access All Areas” video, JBJ said something to the effect that he wasn’t worried about fashion, as he’d be in fashion eventually.

These days, even the most ardent fan of the bands mid-period work would have to admit that Jovi, post Richie Sambora, are a little embarrassing, but yer man did have a point. Straight up rock music, it just ain’t ever been cool, has it? To be cool things need a hook, it needs nine men in masks like Slipknot, it needs top hats like Slash, or warts like Lemmy, or just to be Keith Richards.

Take Thunder. One of the best bands this country has ever produced. They are about as cool as an orange tank top. And it’s into this world that Defy All Reason step. Rather fantastically, there is nothing whatsoever rock star about this North Wales bunch, rather brilliantly they are not trying to be anything that they aren’t. What they are making isn’t complicated either. It’s rock n roll. Simple as that.

DAR probably like Thunder too, seeing as they’ve played with them, and they probably grew up with Jovi before they were shit, given that there’s a chugging cover of “Wanted (Dead Or Alive)” amongst “The Road Ahead’s” 13 tracks, which brings out a side of the song that only Defy All Reason spotted.

“….Ahead” is a collection that begins with “Midnight Train” a strident, thumping hymn to getting the rock out of here to something better, and includes a couple of rather decent stabs at the power ballad in “Behind Those Eyes”  and “Finding My Way (Back To You)” as well as something approaching a swagger with the bassy crunch of “You Get Me High.”

There are a couple of real stand-out cuts here: “Shame” is the best song Gun never wrote, but it is “Bad Blood” and it’s tale of small town frustration that might just lift these boys over the top.

There’s not really a weak track here. “The Only One” echoes Aerosmith,  “Cure For Healing” attempts to be grandiose and just about manages the feat and “Redemption”? Well “Redemption” sounds like Skin and it cares not a jot.

“The Road Ahead” deserves praise for lots of reasons, but for now let’s just stick with one. A young band that wants to play this type of hard rock is a rarity, one that does it so well deserves cherishing. Thunder won’t be around forever, and we need a hard rock band to nurture. Defy All Reason are as good as any. With their debut they’ve made a fine start. The Road Ahead just might be paved with gold.