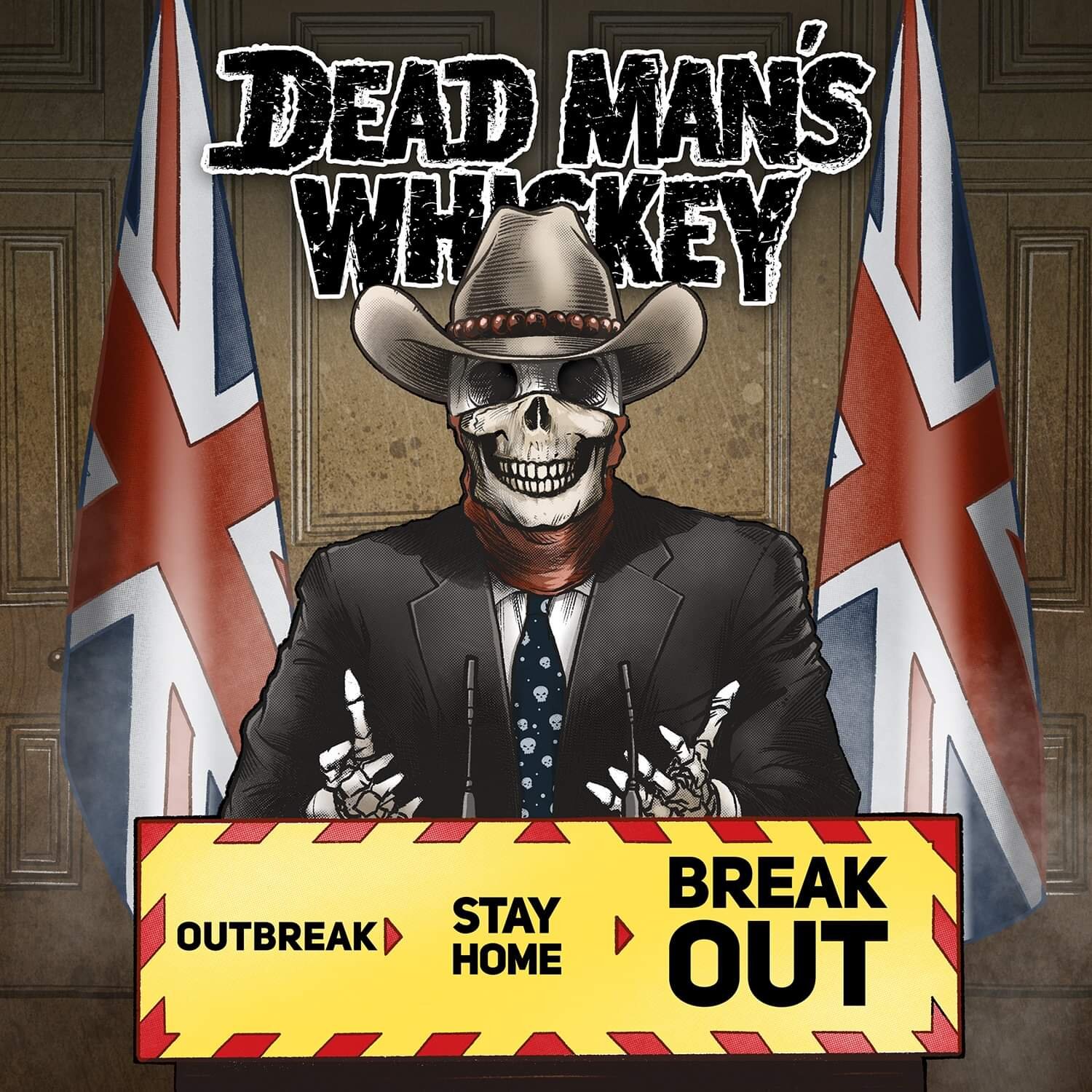 A mate of mine is in Rhodes at the moment on holiday, apparently he decided the drab West Midlands autumn was best avoided.

Earlier on tonight he sent me a WhatsApp video of a covers band around the hotel pool playing some rock hits. There was “Enter Sandman” and the footage he sent me of “Don’t Stop Believin’”. Now, in candour, I am not the world’s biggest Metallica fan, and I can take or leave Journey, but lets be honest here. When those two drop, you’re joining in, right?

You see, there’s often a disconnect between the words “critically acclaimed” and “popular”. Because, essentially, critics like to think they are one step ahead of us. Like the politician who reframes the question to “what the country wants”, its probably best not to assume you speak for anyone else. What “we” want, by and large, is stuff we know or sounds like stuff we love.

Which brings me to Dead Man’s Whiskey. The title track for this five track thing has this as its first line: “Monday to Friday, that’s my daily grind, but then it’s the same for all mankind”.

That’s not going to get many points for originality, but that misses the point. This is the work of a band that almost needs to make music. And they totally understand that they sound somewhere in between the good Bon Jovi (not the shit later stuff), Black Stone Cherry, and Those Damn Crows – what’s more, they love those bands too, I’ll wager.

Before the end of that track, they’ve suggested they are “working all week just to rock n roll” and even better, want the company they work for to go under to save getting up (preach on, brothers) and they’ve played a solo that could peel paint off the walls in an arena. They might not be there, but who doesn’t want to dream.

That’s happily nestled in the middle of the record, there, but the ones either side carry on the vision. “Sleep When I’m Dead” (its not a cover) pulls off a neat trick of starting with a solo for grins, and lets just say, they all understand that choruses have to soar. Have to. As if it was obligatory.

“I Am Here” swaggers, grooves and any other verb you can think of that only gets used in reviews. It also happily uses a vocoder for the first time in any rock song since about 1987 and rounds on the musicians who only do it for the money. You can see why, to the likes of DMW it is the music that matters.

“Never Ever” might be the best of the lot, actually. If for nothing else than it roars, like it’s a statement. When Nico Rogers sings “never underestimate me” it sounds like he means it. He definitely means “Make You Proud”. His song for his mum as she suffered serious health issues is included in stripped down format (it originally appeared on their debut EP) and a little like when Chris Robertson sings “Things My Father Said” there ain’t a dry eye in the house

“Breakout” deserves to see Dead Man’s Whiskey do just that. In a world where everything is hip, every other band wants to give themselves the suffix “core” (post blackened hardcore is still the most baffling of these made up genres) here’s the antidote. They know its not “only” rock n roll. They don’t “like” it either. They love it. It is their reason for being, and good luck to them.