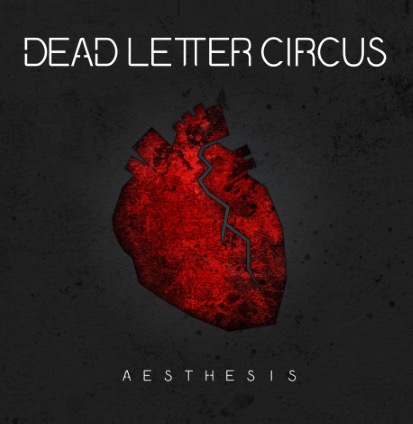 Genuine stars back home – both their albums to date have reached number two on the charts – Australians Dead Letter Circus make their bid for European conquests with this, album number three.

They are well placed to make a breakthrough with “Aesthesis” too, as it becomes the latest in an extremely long line of records from Down Under to debunk the lazy stereotype of all the bands from that part of the world being beer swilling, bare chested, sub AC/DC clones. There’s nothing about fast machines keeping motors clean here, instead, there’s much more kinship with the likes of Karnivool (with whom they’ve toured) and other Southern Hemisphere bands like I Am Giant.

They’ve given themselves the best possible chance to succeed. On this one, the DLC have teamed up again with Producer Forrester Savell, who has been with them since the beginning, but this time they have added Chris Lord-Alge, who’s esteemed presence includes mixing duties for bands like Muse and U2. The result is an album that before you’ve even begun to dissect its charms sounds polished, huge and ready to be bought in big numbers.

Opening foray “In Plain Sight”, which builds on acoustic riff to do something soaring and mighty in its chorus, is knowingly bombastic, it’s far from being the only song here that follows that pattern. Lead single “While You Wait” is a touch more groove orientated, while the pulsing, electro rhythms of “The Burning Number” make it one of the best songs on the record.

There are times when you wish that “Aesthesis” wasn’t quite so anesthetised as it is. It does feel a touch restrained in its aims, as if it keeps itself in check for some reason. “Show Me” for example might talk of being “an army for peace, for revolution,” but it sounds more likely to mediate than kick your head in to tie you to its cause.

That’s not to say it’s a bad record at all, it’s not. But it is – probably deliberately – clinical and cold, if for example the Rolling Stones might feel like a bar band, this is created in a lab. However, within that, there’s plenty to commend it. “YANA”, a slow building almost balladic affair is a classy piece of work, while “Silence” is stripped back and reveals a fragile quality.

“The Lie We Live” is perhaps, has the biggest scope of all, which makes it pretty huge, and most definitely ambitious “tolerance is the now the new danger,” sings Kim Benzie, and the song feels like a statement.

Whilst this isn’t a rock album in the conventional sense – “X” is one of many that dabbles with electronica – it does do some pretty big rock songs. “Change The Concept” is built around a Muse type riff, and is arguably the most organic sounding track on view. The album’s last effort “Born Part 2” travels a Dream Theater path and gives things a fittingly big conclusion.

“Aesthesis” is going to sell by the bucketload in Aus, that’s a given. But there’s a sense that with it, Dead Letter Circus, are adopting a today Queensland, tomorrow the world attitude here. It just might propel them somewhere too. Because its first class.