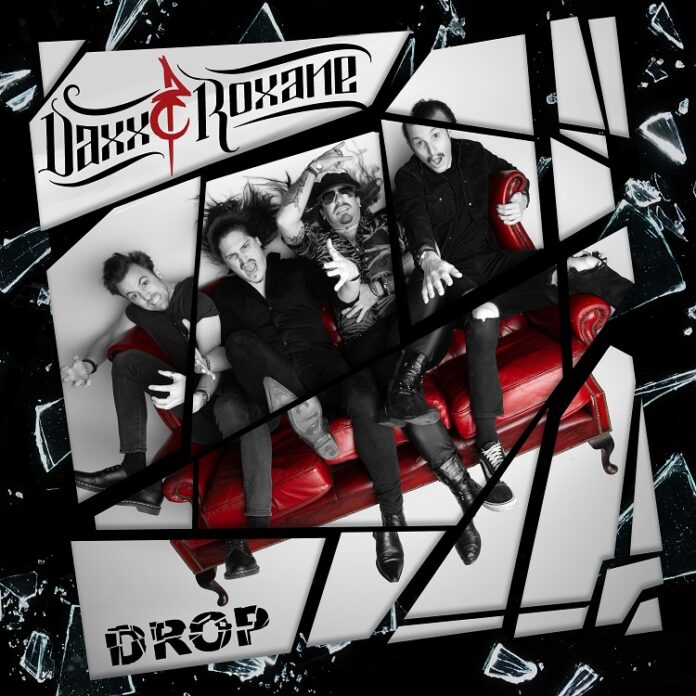 I’ve got a couple of mates that recoil in horror at the mere thought of a cover in a live set. Seriously, if I’ve heard the phrase “but they only have half an hour, why play a cover?!” once I’ve heard it a million times. My argument is always that it’s a good chance to get people on board, but it never seems to wash.

So, disagree with me if you want, but I like a cover version or two. I like covers albums. I like to hear different versions of songs I know and I get a kick out of hearing things I didn’t know but end up loving. First time I heard “Rocking In The Free World”? On an Almighty single. First time I heard “Lazy Sunday Afternoon” by the Small Faces? On a Thunder one.

There’s one thing better, though and that’s when a band owns a cover and takes it in a way you weren’t expecting. Like Rage Against The Machine did with “The Ghost Of Tom Joad”, say.

Which brings us to “Drop” by MV faves Daxx And Roxane. The Swiss rockers are now based in London and their presence is forever welcome. This is a stop -gap between albums, ostensibly, but it feels better than that, it feels more important too.

And all those things I loved about covers? They are all here. Every single one.

They kick off with one that I love. Good grief, if you have heard “Heavy Metal” by Sammy Hagar and don’t love it, then you can’t call yourself a rock fan. Its that simple. Here, Cedric Pfister and the lads tap into the joy of it. It truly is “your one way ticket to midnight.”

The second cut here is “Superstitious”. They play it at their lives shows, and if I don’t particularly care for Stevie Wonder’s version, then this is much more like it. 80s metal of the most unashamed. Wearing it’s Rainbow Bar And Grill shirt, and if it could, possessing a bubble perm. This is the stuff.

Then there’s “Delilah”. Now, if you’re like me, you’re thinking “but surely the de facto Welsh national anthem has already been definitively covered by Sensational Alex Harvey Band?”. Thus then, like me, you know nothing. This one is a Florence And The Machine song, and its brilliant. The best thing here by a mile, and the proof you need that DaR should be stars, that Cal Wymann and Simon Golaz are as good a pair of guitar players as there is, and this is an arena rock band who plays pubs right now.

It finishes with Telephone’s “Argent Trop Cher”. The only reason I know this is because Daxx And Roxanne always play it, and its mighty.

At the end of the day you could listen to this and perhaps not know a couple of them and it’d still be a brilliant EP. That’s the point. Sometimes it doesn’t need a point. Just enjoy music without the complications.