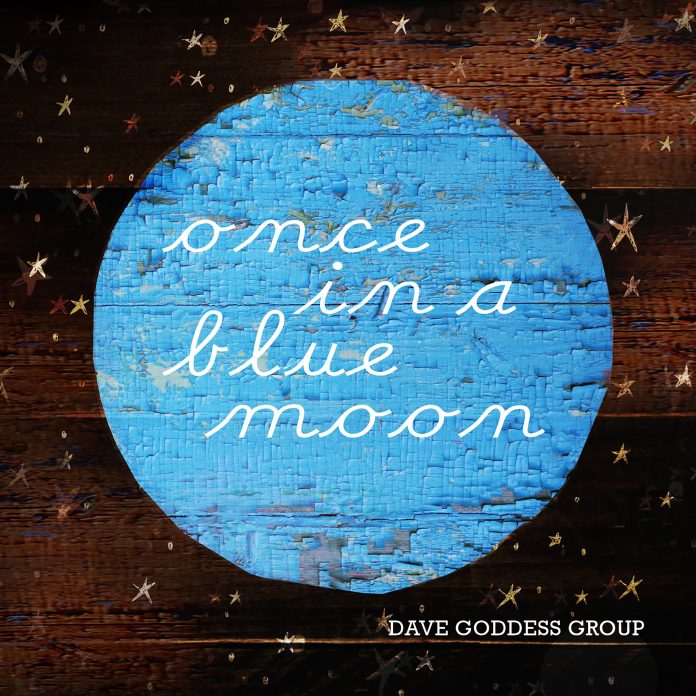 I am not married. But a wise man once explained the art of successful matrimony to me: “It’s simple,” he said. “Like any good soldier, you have to learn which fights you can’t win and retreat from the battlefield….”

Or in the case of Dave Goddess Group, you can marry the same woman three times, divorce her twice, and when its due to end again, you simply say “If You’re Happy, I’m Happy” an try and win her back in the court house as the judge is about to make it final, because, as the second verse goes: “it always was good between the sheets….”

Such a song would get reviewed on here anyway, because it is a world away from cliched, formulaic, “maybe, baby” bullshit. But when you do it over a bluesy, country little romp worthy of the great Dan Baird himself, you best sign me up, to be fair.

If that first track alone was enough to ensure me and Dave were going to get along just fine, then the rest of it underlines real talent.

“Dance While You Can” is power pop, punk rock, but entirely blue collar. Like The Replacements, if they’d gone for the line : “we started out on a quest for fun, but some things are easier said than done” while the floating, lilting country tones of the title track show another side, there is still something original about the take on simple love.

For my tastes, though, TDGG are at their very best when they are doing the rootsy rocker thing that they do so well. “When The Lightning Strikes” knows its heroes and borrows from all of them, yet is in debt to none.

The harmonica driven “When The Past Caught Up With John Henry Weaving” recalls the work of the similarly left field Stephen Fearing, and if picking the finest highlight here is tough then the low slung lead guitar at the start of “You Can’t Fight Fire With Fire” is definitely up there – plus the glorious thought in the chorus line of “when you fight fire with fire, everything burns” might be something that the world’s leaders could learn from.

Tom Petty himself would have been pleased with “All Talk No Action” – which gets bonus points for including the word “bamboozle” in its lyrics – and southern rockers the world over would be thankful for “Chinatown”. Just check out the organ, you’ll get sucked in.

There is, though, in truth no doubt about the best song here. “Exit Through The Gift Shop” wraps up an attack on consumerism with a track that would have even stood out on a Warren Zeavon record – and that is about as high as praise can get. “A t-shirt with a logo, to show that you were here,” he withers. I look down at the band t-shirt I am wearing, a little ashamed.

“Volunteers” rounds off this fabulous collection, wrapping a happy tune around the lyrics that include: “I am sure there have been darker times, but I can’t remember when.”

If that’s the case then let this record offer a beacon of hope.

On the press stuff that came with this, it simply said: “Dave Goddess is a man on a mission”. That quest was for honesty in the music. “At the very least,” he said himself, “its authentic.” Dave, to be honest, it’s a bit more than that. “Once In A Blue Moon” is glorious.