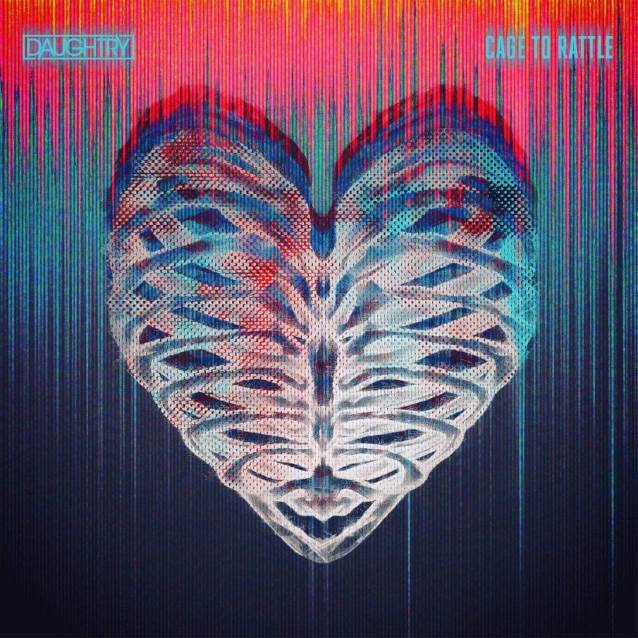 Let’s get right to it. “Cage To Rattle” is so bland that you could listen to it with your mum, your gran, and just about anyone else and no one is going to get offended.

And yet, that’s its charm. “Cage To Rattle” knows it’s not cutting edge, it totally understands that it’s job is to entertain the masses and it performs that role perfectly. Chris Daughtry won American Idol. He knows what he’s doing and he can deliver these songs just fine.

Only once – right towards the end – does something approaching a rock song break out. “Stuff Of Legend” boasts a no fooling riff, some lead guitar and struts its funky stuff with some aplomb.

The other nine are nothing more than pop rock designed to be played on the radio and sung by thousands of people in enormous arenas and make a serious dent on the top forties around the world. And if that sounds like it’s not the stuff we normally review on MVM (and I’ll agree that it isn’t) there’s a reason why I am writing about this: put simply, you will not find a better crafted pop record anywhere else.

“Heaven” combines a soaring chorus – it’s a given that they all have soaring choruses to be honest – with some massive drums and a message of positivity. Some girl, somewhere, has met her first boyfriend tonight and this song is for her. Be as churlish as you like, but it means everything. So does “Backbone” which stomps, if not angrily, then at least it has a mild strop, it is for those who are having a bad day to be told there is something better out there.

There is another reason for reviewing this, and that’s because I recognise these songs. Back in the mid 1980s I’d listen to the charts every Sunday and tape my favourites, and they’d all be songs that sounded like “Deep End” (my life changed the day I hit record on “You Give Love A Bad Name” so I get it.)

Which is why I can be as bitter and cynical as you like about “As You Are” which is a ballad so cloying that even Shinedown’s “Bully” thinks it’s a bit wimpy, but this isn’t for me, it’s for someone with some hope left. And in that respect, it’s just dandy.

“Death Of Me” – the most purely pop song I’ve ever written about – includes the album title, and if you believe that all you need is love, then here’s your anthem. This will resonate in the heartlands amongst the dreamers everywhere.

“Back In Time” is perhaps the only one that blurs the lines. A little bluesy, a little jazz, a little latin, but a whole heap of radio friendly, likewise “Gravity” has an interesting guitar line, to go with its balladry, and the thing ends with another ballad, but one with a stoicism. “I wont raise my white flag in this life,” he sings.

But while he’s battling consider this: In the first verse of …”Flag” there are two lines that get the point of this. “Ain’t one to preach, ain’t one to speak on what I don’t know.” That’s right too. Because what they know how to do is make anthems that connect. Daughtry have sold eight million records. Most of those sales have been in America. The North Carolina band are just about the most American sounding band in history, so that’s fair enough, but there is a sense that with “Cage To Rattle” they are looking at the planet and thinking: yeah that’d be nice.