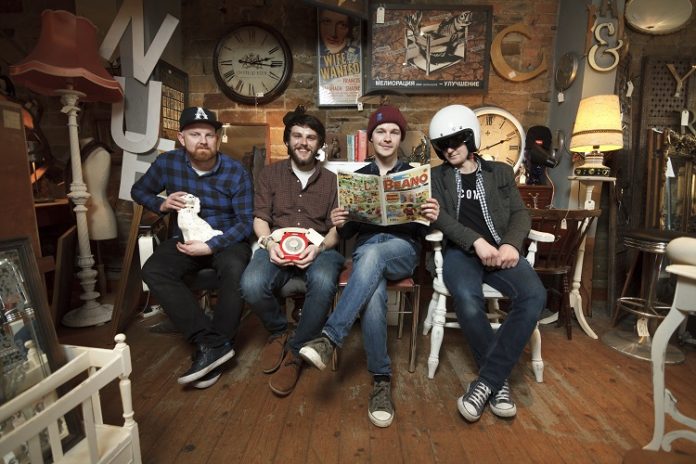 Multi-national, Leeds-based DIY noise-rock collective Uncomely have released the first taste of their new Games People Play EP today. The abrasive, grunge-funk-punk sound of Fun Times is the lead track for the new record (available from Friday 27th July), and arrives with a striking and cinematic new video. The song was helmed by Pulled Apart By Horses/Cribs producers Jamie Lockhart and Lee Smith at Greenmount Studios.

“We collaborated with a cinematographer who’s had their work featured at Cannes Film Festival to create the video for the track” explains frontman Artyom. “It was filmed at the disused American Cold War listening station in Berlin, Teufelsberg (German for Devil’s Mountain). We were really inspired by the site’s history and how it has since become a hotspot for street artists, musicians and videographers.”

Consisting of two Latvians, an Italian and an Englishman, Uncomely are primarily inspired by the wave of grunge and punk rock bands revolutionised music in the 1990s. Having found a base in Yorkshire, the band are keen collaborators and have worked with producers, artists, directors and photographers all over Europe in their quest to create challenging and authentic work. Their debut release, a self-produced and self-released mixtape in 2017, was a thrilling collision of fuzz guitars and manic vocals and the new Games People Play EP tackles hard-hitting subjects like addiction and mental health.