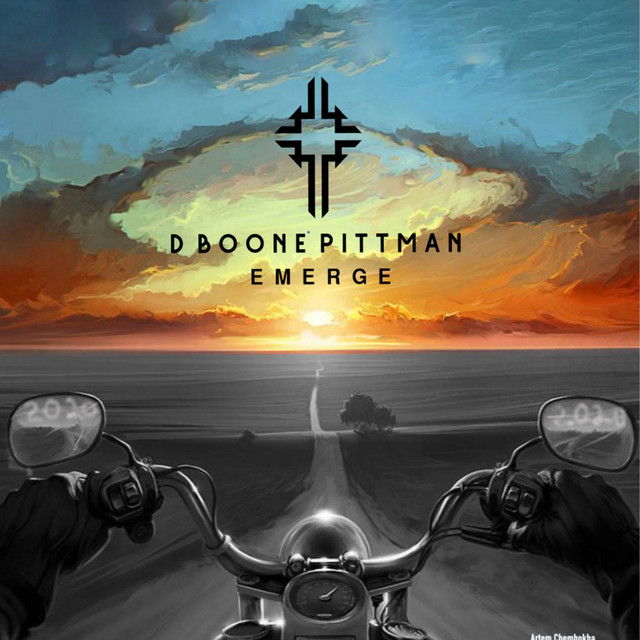 It feels strangely apt to be writing this on the day after the UK government announced the restrictions in England were to continue for another four weeks. Depending on your political views, you can say this is right and thank them for the vaccination programme, or blame them for the mismanagement of the pandemic – or you can, if you desire, say that its all to serve the great capitalist ideal.

See, D Boone Pittman has crafted “Emerge” in the shadow of the lockdown, and he’s sent the title track as a message from Kentucky.

He talks about the human cost “longing for the way it was before, when you didn’t need a phone to see a face”, and he deftly weaves the polarised political landscape in too. Now, I don’t usually hide my political standpoint from these reviews, but it seemed right given the context. I can talk about the human cost, though, given I saw the joy of my father the other week when he was able to play with his granddaughter for the first time in a long while.

In many ways, that’s the job of a singer/songwriter done, isn’t it? To put us in their songs, and that is very much what D Boone does.

He does it with a wit, “She Likes The Beach” is a glorious tale of a love gone wrong. But he does it with skill too. You can hear the debt to the likes of Waylon Jennings here – and seeing as I have loved Shooter’s dad since I was about five watching Dukes Of Hazard, that deserves bonus points.

The standout though is the brilliant, Bluegrass tinged “Casey Jones”. I can pay it no higher a compliment than to say Steve Earle would kill for this (or at least divorce wife number 10 or whatever he’s on). Although, the old time country of “Quarantine Song (Nothing With You)” isn’t far behind,  if only for the lines: “they say the safest thing to do is not to go out/it seems to me I’ve been living this life everyday, you’re the only one I really like anyway” – remember that thing about writing real life? That’s it.

As the record moves on, the diversity shines through. “The Revelation” is not only a fine song, but the twist at the end is better than anything HBO has got, “Medusa’s Love” ripped straight from a honky tonk in the Prohibition era, while “Jordache Jenny” is more Credence than George Jones.

“Pilgrim”, as well as some gorgeous harmony, adds a gospel touch (as befits an artist that ended his email with a cheery “god bless”) but even if you would – like me – burst into flames at the mere sight of Holy Water, then the skill of the tune is undeniable.

“Clyde” has a blues shuffle, while “Rise”  – is built around a piano lick, and builds like it has serious intent. As he sings “I know one day you’ll rise again” it can – perhaps – be interpreted as a hymn to all of us, as we look, at some point, to get back to whatever passes for normality.

There’s been many records that have dealt with Covid in the last 15 months or so. “Emerge” is one of the warmest, most positive, and crucially, one of the best.