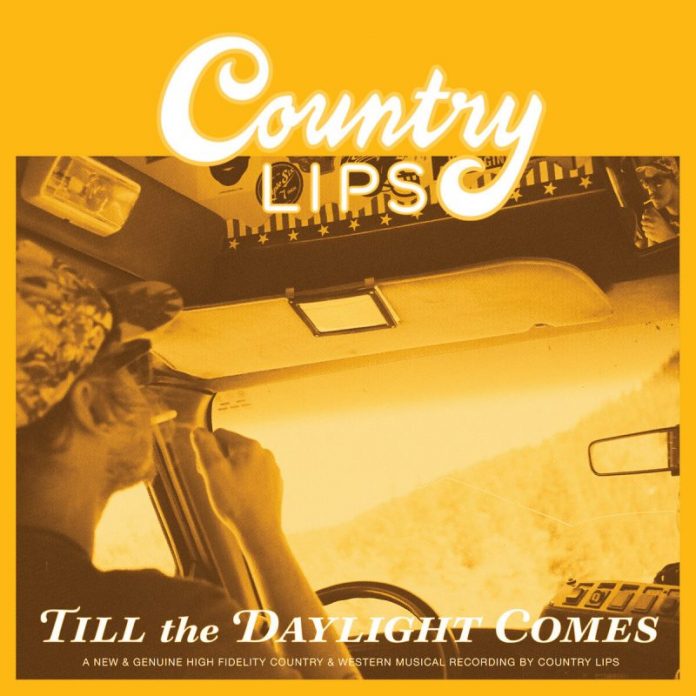 From the home of grunge to get all wet

Some random reactions when this drops into the inbox.

Answers to all those

Having established what they aren’t, lets talk about what Country Lips are. Well, that it in itself is hard to pin down, as there’s nine of them and they give off the appearance of the type of gang that even Jax Teller and the rest of the boys from Charming aren’t gonna mess with, but for all that, the sound is surprisingly conventional.

If you think about your first experience with a genre, then it usually comes before you understand what you’re listening to. Take MV’s first dalliance with Country. It came from the Dukes Of Hazard when it was on tv as a kid, then moved onto an Elvis album in mum’s collection called “Elvis Country” and if they are the genesis, we can say that these Good Ol’ Boys don’t mean you no harm either, and there’s a real old time hoedown feel about “Till The Daylight Comes”.

That much is evident from the “Laundromat” the opener here, which blends quirky lyrics with a honky tonk stomp, “Grizzly Bear Billboard” is even better. A tale of small town love gone bad ostensibly, it really does contain the line “we were going at it like a demolition derby in Kitsap County.”

For something that appeared to be achingly hip before you put it on, there is a classic country feel about the tracks here: “Only Here Long Enough To Leave” could have come out at any point in the last six decades and not be out of place, and everyone gets around the campfire for “One Farewell” and is all the better for it, while “Reason I’m Drinking” gets accordion bonus points.

There are some quirky moments, but they are couched in such a way that you have to work hard to notice. “Bar Time” – which admonishes lazy bartenders – has a kind of Fountains Of Wayne thing going on and “Don’t Quit Your Day Man” adds some Byrds like harmonies to its strut, while the bluesy “Autograph” is a redneck tale of groupies in a way that you have never heard before. It might just be the best chorus of 2017 by the way – and yes, it really does say what you think it does.

In amongst all this, there’s the obligatory “road song” and “Friday’s My Friday” does the job a really interesting, world weary way of small town drinking and screeching lead guitar, as well as some almost psychedelic touches.

That songs proves, in case you hadn’t got it yet, this is Country and just as you know it, but with a brilliant twist to make it original. So good, in fact, you have to forgive even the awful band name.