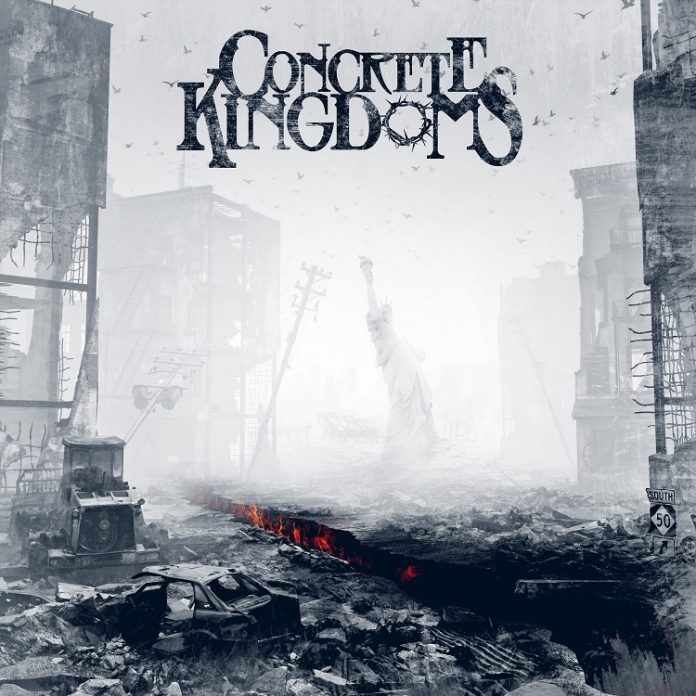 One Friday night in the late 90s, I was watching The Almighty in Wolverhampton. It was – at that stage – their last tour and the opening act was Three Colours Red. There was a sense that night that the baton was being passed and the 3CR show was sensational, they had it all. The following day I went to the record shop (we still had them, then, before the internet killed everything good) and purchased their “This Is My Hollywood” EP.

That was the way for young bands before the ruinous www. That was what they did. Thank Christ, we didn’t have Facebook. People weren’t obsessed with shite videos of gigs that they put on Twitter instead of living in the moment. You bought the EP’s, copied them for your mates and went to the shows to watch for yourself.

Maybe that’s what drew me to this four track EP from Fife’s Concrete Kingdoms, as well as being exactly the sort of brilliant hard rock band we’d have gone to watch 20 years ago, they are an outfit that has done it old school. Opening for all kinds of bands – the godlike former frontman of The Almighty, Ricky Warwick, among them – they have bided their time and paid their dues.

And it shows, now that they are ready to unleash their first four tracks on the world.

There’s something of the enthusiasm of that late 90s era about them too. A sense that they still believe. That anything is possible in the bass groove, the hook and the filthy lead guitar.

“Die This Day” – the second song here – has all of that and has the added air of something stirring that Stone Broken have, “Speed Demon” is the work of people that understand there should be a little whiff of trouble while you’re doing this muscular stuff and it should see them fly. The last one “Same Old, Same Old” is a real slammer, but is southern fried enough to fit in with Black Stone Cherry and the like with ease.

But right back at the start of the EP, on “Time To Play”, there’s this: “We all have many problems,” offers singer Mark Hawthorne. “for tonight, tomorrow can wait.” And that, right there is why this EP matters. Because that is rock n roll. It isn’t Roger Waters preaching about anti-consumerism and charging £35 for a tshirt like last week. It belongs to the young and hungry. It belongs to the Concrete Kingdoms of the world. Here’s your proof.