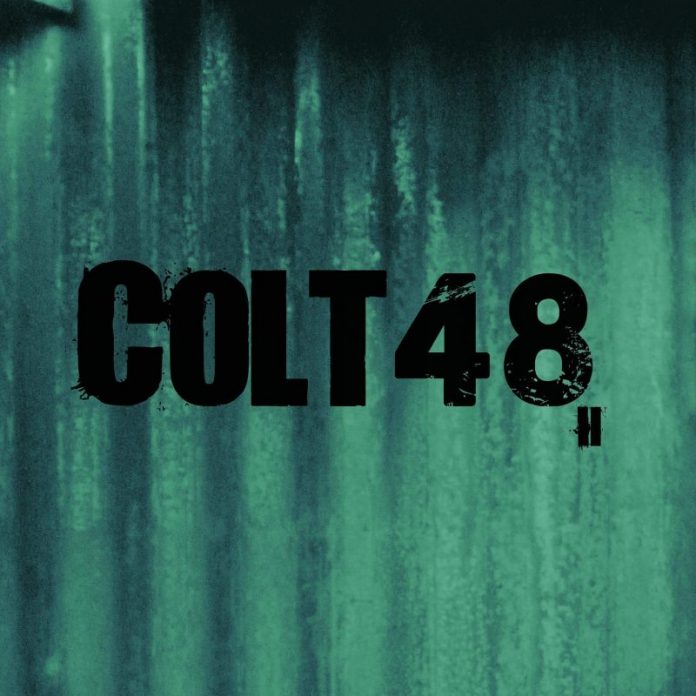 Another three reasons to believe in the London duo

It was only at the end of October 2017 that London duo Colt 48 – the band which saw Adam Jerome and Matt Savini continue their enduring partnership – unleashed their debut EP to the world. “Solid gold rock music” it was called by some particularly good judges (ok that’s what I said…) but now, a few months later they are back to prove it was no fluke.

The first thing to say about “II” is that sonically it is incredible. If this was some platinum selling bunch of US herberts that Metal Hammer had all over the cover then the production wouldn’t sound this good. They are working only with the best, given that it was produced by Chris Clancy and Colin Richardson (Trivium, BFMV, Slipknot and more) and this the three tracker comes in with the same arena bothering ambitions.

That is what Jerome and Savini have always brought to the table in fairness, and now with Colt 48 they have their perfect model.

The chunky riff of “The Fire” gives way to some gargantuan drums, but as massive as it all sounds there is a natural ear for melody and a fine crunch, not to mention a soaring hook that means that in some parallel universe – or just world at least – the dreadful dullness of Shinedown and the like is replaced by this. A British band who is better at it.

“Out Of Habit” is the type of thing that Zico Chain used to make look so effortless – a sort of a ballad, but that’s not really doing it justice, while the final one of this triumvirate, “Never (Let You Live This Down) is the sound of a band that won’t take no for an answer, and moreover will not be constrained – the slam of the chorus is all the proof you need, plus the dynamics here, the light and shade, is all evidence of a lot more to come.

Savini and Jerome have been around, they have the experience and the skill, but there is every reason to think that with Colt 48 they have found the combination that might just give them their well-deserved breakthrough.

They launch the EP with a gig on March 16th at London’s Borderline venue.