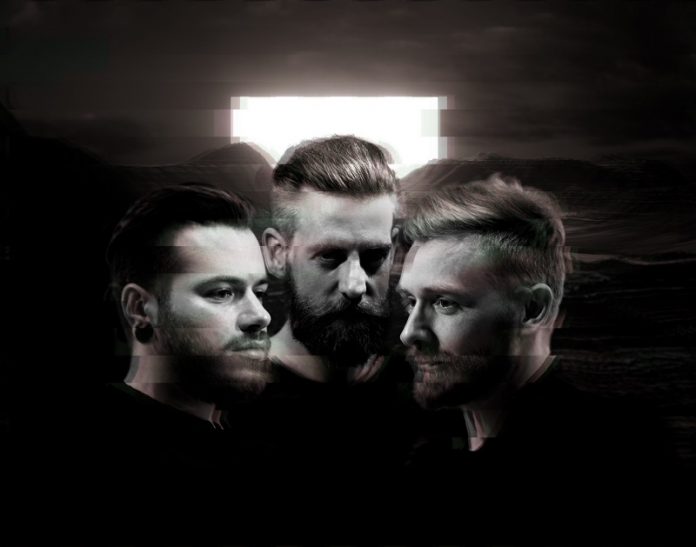 Brit alt-rockers VEINS, are set to rise with the release of their engulfing new single, Blood On My Hands

Consisting of Stephen Rees (Vocals & Guitar), Scott Warner (Bass & Backing Vocals) and Dan Appleyard (Drums) and hailing form Corby in Northamptonshire, VEINS took root when good friends Stevie and Scott, who had previously cut their teeth playing in bands such as The Junket and Defenestration, decided to start a new musical project in late 2015. Following that initial spark, at the start of 2016, the twosome recruited an old band mate of Scott’s, former Acoda drummer Dan Appleyard, and with the line-up complete, VEINS was born.

When asked about their expansive sound, Scott (bassist) comments “As a songwriter Stevie is influenced by the likes of Smashing Pumpkins and Swervedriver. Sound-wise we like anything that sounds a bit epic or atmospheric; Deftones, Sigur Ros, The XX to name a few. Me and Dan both come from heavier backgrounds, and that shows through the way we lock in together and try to make everything sound massive.”

The trio’s debut single, Ambi, was released in 2017 to positive reviews and received airplay across the UK, Europe and USA, including the band’s debut Radio 1 appearance on the Huw Stephens Show. VEINS have already shared stages with Holding Absence, Rival Bones, Koyo, Signals, Press to Meco and Ohboy, as well as playing alongside Feeder, Pulled Apart by Horses, The King Blues, The Damned, Carl Barat, The Coral, The Rifles and more at last year’s Camden Rocks Festival. VEINS are poised to step up again with the release of their blistering new single, Blood On My Hands – https://youtu.be/OuEai0eii70 .