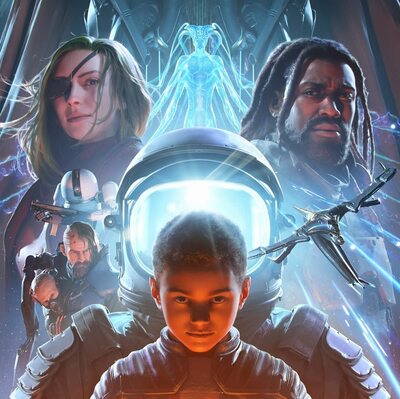 I hope that Coheed and Cambria enjoy the irony – I suspect they will. When “Vaxis Part I” was released back in 2018, I merrily dismissed myself as a “philistine” who adopted the attitude to any concept record of “sound mate, get to the songs and forget the story”. I forget that people sometimes read what I write. That review is the most read story on this website, ever.

Tonight, about two hours ago, I watched “Minority Report” for the first time (I began watching films in lockdown, if you read the review for “…Part 1” that will make sense). I don’t like sci-fi, and duly thought the film to be total rubbish.

So, if you don’t like concept records, and you don’t like Sci-fi, you might reasonably ask, why are you reviewing the 10th album by a band who have made nine sci-fi based concept records? The answer is staggeringly simple in truth. Because Coheed and Cambria are sensational. They are unique, and this album is astonishing.

As they often do, it follows Nia and Nostrand and their child Vaxis on some intergalactic journey. I’ll be honest, I’ve never bothered to check where they are going, what I  can tell you is this: even for a CaC album this gets to some places. Goodness me.

It all begins, and by “it” I mean this voyage, this is not an album, with “The Embers of Fire” – that one feels like a bit of grandiosity to roll the opening credits – but “Beautiful Losers”, and its mighty soundscapes and chorus that is ready for Eurovision, really feels like they are finding their feet.

It wouldn’t be Coheed, and it wouldn’t be Claudio Sanchez, if there weren’t some moments where you didn’t go, “what the hell is that?” when you didn’t hear some of them for the first time. By the fifth, though, you try and dislodge them as they cling on (Klingon, perhaps?) “Comatose” is the first one. If Rush covered Blink 182? Yep, that.

A mark of the band is how they manage (usually) to keep things brief and still sound epic. “Shoulders” does its Dream Theater thing in about three and a half minutes, “maybe we weren’t made for each other, I am just the one you keep around” sings Sanchez. It might ring true in this galaxy too.

The one where your jaw hits the floor, though? That’s easy. “A Disappearing Act”, which parps away like Euro Disco. It’s not ashamed. It’s as pop as pop can be. Coheed have been obfuscating or two decades. Consider yourself discombobulated.

This record has been out for a month or so, and I must have listened to it 10 times (to put this in perspective I can normally knock a review out in maximum three goes) and the reason for that is it takes that long for work like the infectious “Love Murder One” to reveal itself. When you find yourself daydreaming at 3pm in an afternoon going “lights out, how do you call this fun?” its safe to say its done. Sanchez uses autotune vocals on this one, giving it his best Cher impression. The song, mind you, is a work of admittedly twisted genius, but genius nonetheless.

“Blood” with its more conventional prog approach almost feels normal, before the pulsing “Liars Club” is the most “typical” Coheed, if such a thing exists. “Bad Man” is another that could be on the pop charts, but at this point, they could go full on Backstreet Boys and there’s no surprises left.

“Our Love” relies on its vocal harmonies and spare electro backing, and in a way it acts as a palate cleanser for the last three. The trio are probably some kind of “suite.” Whatever, “Ladders Of Supremacy” is all Voivod style angular guitar, “Rise, Naianasha (Cut the Cord)” is all chunky discordance, before “Window Of The Waking Mind” – which is split into five parts – is an absolute prog fantasy, there’s shades of Yes at the start, but it’s the work of only one band in the end, and its this one.

20 years after their debut they’ve come up with arguably their best, most challenging and far -reaching record yet. Even for rock’s greatest contradiction, that takes some doing.