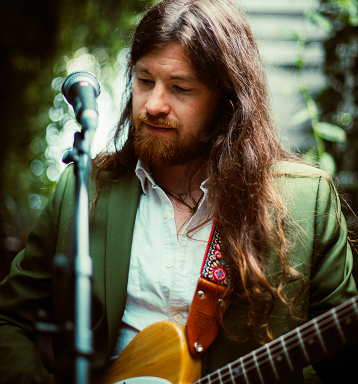 FERGUS releases his latest-indie pop offering ‘If It’s Easier’, co-produced by Fergus and Jake Gosling. The single is taken from FERGUS’ debut album ‘Love Upside Down’ released in May 2022.

Fergus · If It's Easier

With an introduction suffused with melancholy, ‘If It’s Easier’ steadily evolves with a positive energy delivered via gently strummed guitar chords and rolling drum rhythms. Fergus’ mesmerizing vocals tell a relatable poignant tale that unravels to the human instinct to protect themselves.

FERGUS said about the single “The title-birthing track of the album. This was a song I had mapped out on guitar for ages and ages, just waiting for the verses to materialise. Life and love can beat us down and make us want to close up and sort of “opt out” to feel safer. Is it easier? Probably. But will that lead to fulfilment…? So, it goes from being very risk-adverse, to having doubts, then to eventually surrendering utterly – at the mercy of love.”

FERGUS’ debut album ‘Love Upside Down’ was released in May 2022 to critical acclaim. The artist has been supported by the likes of BBC Radio 1, 6 Music, Radio X, Clash, HUNGER, Wonderland, Songwriting Magazine, and Atwood to name but a few. Collectively his songs have amassed over one million streams on Spotify alone.

In September 2021 FERGUS headlined a packed-out show at The Troubadour and continues to entertain on the live circuit throughout 2022, at venues across London such as The Lexington, The Bedford and newly launched The Camden Club. FERGUS is also set to perform at Tramlines in July with more festivals to be announced.