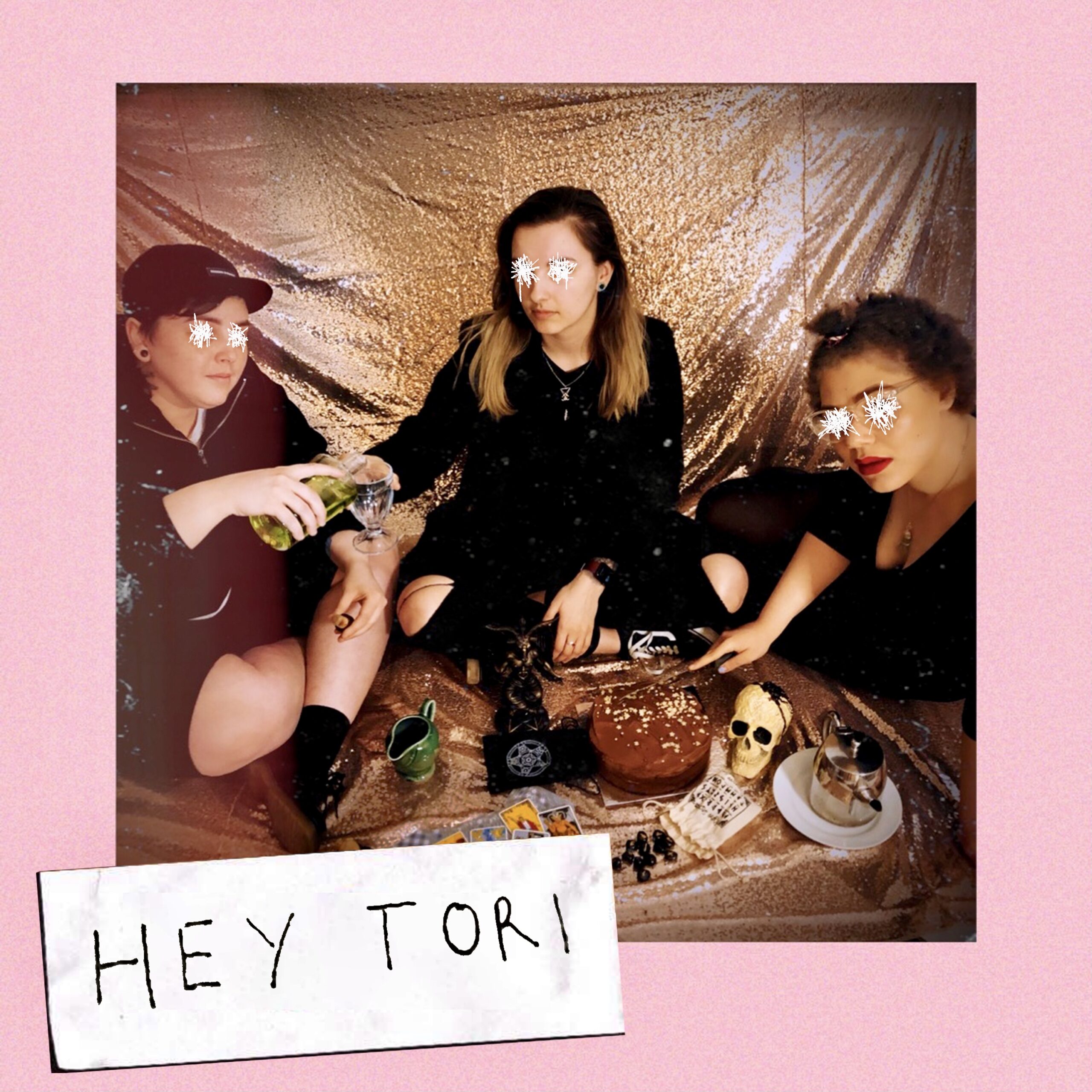 I have to say it was a refreshing change to find an Irish band that weren`t an all-male post punk outfit from Dublin. Cherym are a pop punk trio from Derry who comprise Hannah Richardson (guitar and lead vocals), Nyree Porter (bass and backing vocals) and Alannagh Doherty (drums and backing vocals). They have a five track EP `Hey Tori` released this week which is the follow up to their 2018 debut EP `MouthBreatherz` and more recent singles ‘Abigail’, `Superqueens` and ‘Weird Ones’.

This extended play kicks off with `Listening To My Head` which pays homage to the Netflix series “Dirty John” a true-crime anthology series that explores the theme of love gone wrong, set against the backdrop of sunny Southern California. It`s a delightfully infectious headrush of a song.

`We`re Just Friends` is a kind of ironic slant about how people make assumptions about woman-loving-woman relationships and always presume that the participants are ‘just friends’. A marvellously busy sort of jagged stop start piece with some jangly guitar riffs and wonderful vocal harmonies towards the end.

The band share a song about the dark side of abusive relationships with `Gone Girl` which begins quietly before exploding into life. A quite introspective and thoughtful offering with some really toe tapping and head shaking moments alongside more reflective passages throughout.

This extended play closes out with `She`s A Lot Going On` another charmingly appealing track which seems to have it all, aching vocals, pounding drums, thumping bass, and guitar riffs that`ll hook you in. It also left me singing the line “waiting for that light bulb moment” for hours after the song ended!!

Cherym wear their hearts on their sleeves, and you can detect some of the influences that have shaped them as a band like The Pixies, Bikini Kill and American Football but they can also produce pop anthems that had me in mind of Voice of the Beehive and The Go-Go’s. Where they are a little different is that the write about subjects that are close to their hearts such as female sexuality, woman-loving-woman associations, bisexuality, and abusive relationships. These subjects are shared over a backdrop of melodic three minute punk pop ear-worm anthems that connect as they are delivered not in a preachy manner but are there for you to listen to and hopefully empathise with.

The band begin touring the UK from the middle of next week and i`m sure it`ll be well worth catching them if you can.