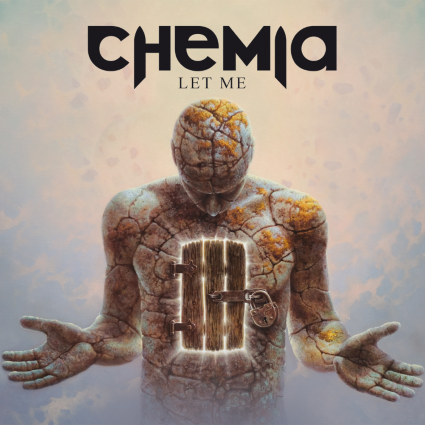 Chemia are Polish. Forgive us for stating the obvious (and we’ve already written that fact in the sub heading) but it’s worth repeating. You’d never know from listening to “Let Me.” Instead you’d swear on whatever you consider to be holy that they were American.

Right from the kick off here, the single “Fun Gun” there’s a U.S. sheen to this record. It’s everywhere, on the hook for “She” on the hair down, horns up opening riff of the Nickelback sounding “The Luck” and on the meaty stomp of “Grey.”

If this was the late 1980s we’d be talking about the record being an AOR classic, and actually Chemia would already be huge. These songs would be on every radio station that ever made Bon Jovi famous and the videos would be all over Headbangers Ball. In the UK a young MVM would have watched them on Raw Power on ITV and bought the record on import at Tempest Records in Birmingham.

The point is this: the world has changed. Whether that’s good or bad is another debate for another day, but is this changed world ready for a record that sounds like this?

The answer is probably yes, for the simple reason that quality always finds a way and make no mistake, in every sense of the word “Let Me” is a quality record.

One with huge choruses – “The Shadow” wants to bother stadiums, never mind arenas – and “Don’t Kill The Winner” is clearly designed to get fists in the air. It also proves that “Chemia” are better when their heads are down and their feet are on the monitor.

They can write a big old epic ballad too, “We Toxic” is a mighty fine song, which soars away looking for the nearest horizon, and just occasionally when they feel like it, they can do the dark Pearl Jam thing too. The title track is pure Eddie Vedder, and grunge isn’t meant to sound this good in 2015. Likewise the closing track here “Send Me A Raven” fleshes out those fantasies just a little further.

“Let Me” is a fine album and it might just allow Chemia to get where they want to go. One step at a time, perhaps, because if we may paraphrase Ian Hunter, it’s a mighty long way down rock n roll from Warsaw to The Hollywood Bowl.

Still it’s good to dream. And this record proves the dream is alive.