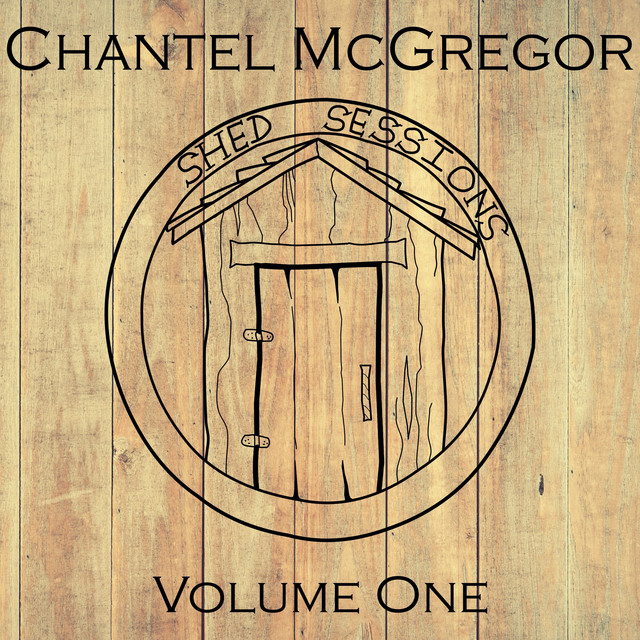 When someone says “shed” to me, here’s what I think of (it would really help at this point if you could imagine these words in an exceptionally broad North Staffordshire accent). When my parents got married, my Grandad on my dad’s side apparently told him: “get theesen a shed, son. That way they’st alwees got somewhere to get away”.

Probably not the reaction Chantel McGregor thought she was going to get with The Shed Sessions, but still they have their roots in a kind of family and escape. Every Saturday in lockdown she got in her shed and did a live stream.

That was the inspiration for these albums, the first – an acoustic one – was recorded while she was living in the North of England, and the second, was down south with Jamie Brooks on piano and Chantel recording her vocals in a wardrobe.

Both are (mostly) covers records and they show the breadth of her taste – as well as her talent. Some of them I knew, a couple of Neil Young songs on “vol 1” for example (and there’s a brilliant fragility to “Needle And The Damage Done”) there’s some I didn’t – “Morning Song” originally by Jewel, and which sounds like the most contented thing you ever did hear.

Then there’s the ones I didn’t like before Chantel got her hands on them. And the prime example here is “Sledgehammer”. I will be honest here, I can’t abide the Peter Gabriel song. Slowed down here and stripped of the bombast, its pretty cool. Although, I’ll maintain to the day I shuffle off, that nonsense about fruticakes in the second verse? It’s the most baffling in pop history.

We can all agree that John Prine can use words like no one else, right? And “Angel Of Montgomery” is simply beautiful wherever its done. Likewise Bonnie Raitt’s “Love Has No Pride” is shot through with a dark pathos and a certain desperation. The acoustic take on “Voodoo Chile” finds something fresh to say too, while another that I didn’t know “I Can’t Make You Love Me” (another of Raitt’s) is brutally bleak.

The last one on Volume One though – that is astonishing. Metallica’s “Nothing Else Matters” stripped to the barest of bones is mighty, it really is.

The second set of tunes is a different side to the same coin, almost. And credit to McGregor for a couple of things. The beauty of her voice shouldn’t be overlooked, but on a personal note, she’s made me like a Radiohead song. If “Creep” had been like this in the 90s, I might have enjoyed it.

Jewel is back on the agenda for the twisted love of “Foolish Games”, and there’s a couple of absolute gems. Steven Wilson’s “Drive Home” is arguably better than the original and the guitar work is sensational.

Then there’s those of her own. “Walk On Land”. Turned into something even more special and evocative here, and another of her songs “April” has always been brilliant. This version is too.

What this collection is made for though, is what happened to me when I heard “Uninvited” and you go, “oh isn’t that….wotist” and you Google it to find it was indeed Alanis Morrisette, but that our Chantel is owning it here – like she does on Joni Mitchell’s “River”.

There’s more Steven Wilson on the epic sounding “The Raven Who Wouldn’t Sing”, and it still sounds epic here, even if McGregor isn’t competing with the original, more finding a niche for her style in the song.

That’s sort of what she did in “Shed Sessions” all round and they are the work of a gifted artist with a need to create, even when she couldn’t be onstage (which is where she truly excels). If I say that I fervently hope that 2022 means the end of “lockdown albums”, then hopefully everyone will understand, but as an example of the genre these shine like a beacon.