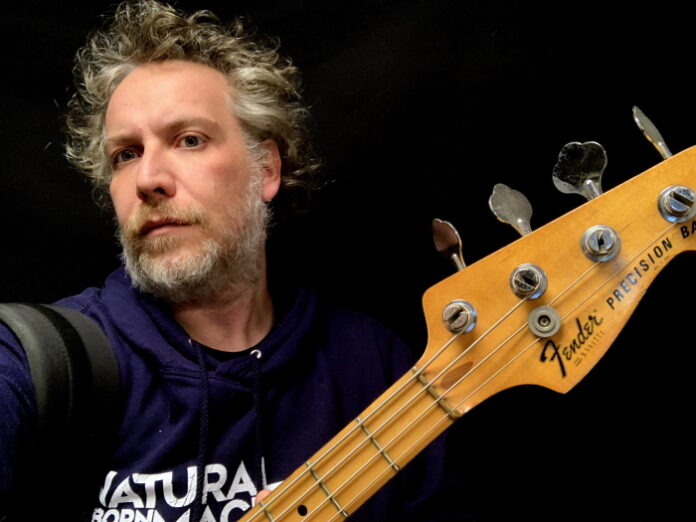 Says Alberto, “Considering the hard times, I was going to give up with music but suddenly my father (famous professor, writer and journalist) passed away on October 15 2021… So, I decided to make an album in his memory. It’s fully instrumental, 10 tracks spanning from prog rock to ambient/cinematic) and it features some incredible special guests such as Jordan Rudess, Jennifer Batten, Mark Zonder and many more. So far… the best album I’ve ever released.. at least I hope so.”

Born in 1981, Alberto Rigoni is an Italian bass player and composer, internationally known for his career as a solo artist and as a member of the metal band BAD As, The Italians, Natural Born Machines Lady & THE BASS, co-producer of the Vivaldi Metal Project and member of progressive rock band TwinSpirits (no more active).

Alberto has also recorded for several international artists such as Italian pop singer Alexia and he is also playing bass for Canadian rock singer and songwriter Kim Bingham (ex-Nelly Furtado) and The Italians, sharing stages with artists such as Alan Parson, Suzanne Vega, Jørn Lande, Paul Gilbert, Vinnie Moore and others.

Currently he is also collaborating with famous producer Hiro Furuya (Elton John, Eric Clapton, etc) and many others as session bassist.

His tenth album “For The Love of Bass” feat. all star bassists such as Nathan East, Lee Sklar, Michael Manring, Doug Wimbish and many others was released on April 2nd 2021 and it’s available worldwide.