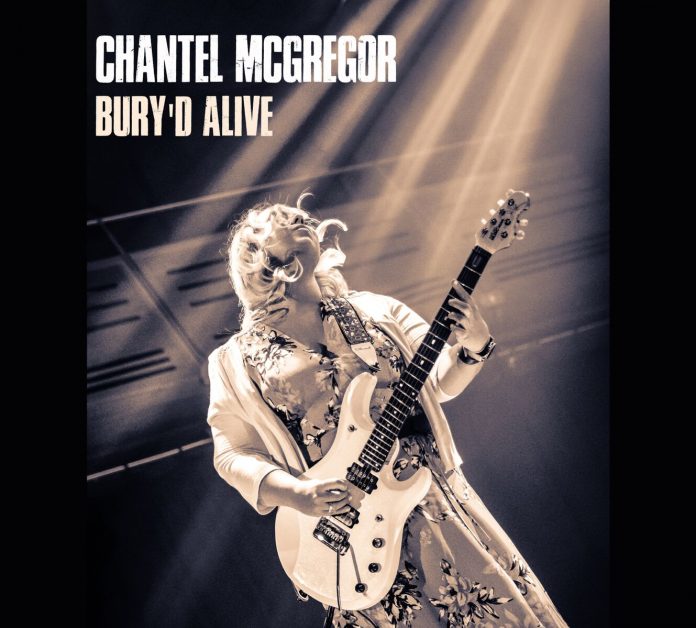 To this day, I love the radio, way more than I like TV. When I was a little lad of about eight years old, my Gran brought me a portable radio. It opened up a whole word of possibilities. Not least every Friday night when Tommy Vance told me about rock n roll.

One night he played some of a Kiss live gig. They’d played Portman Road, Ipswich FC’s ground, and the way Paul Stanley flounced out on stage (ok, it was radio, but you just know he flounced….) and said: “Well, good evening, Ipswich!!” like it was one of the music capitals of the world, always stuck with me.

McGregor has all the talent in the world, two fabulous records, and a stage presence that marks her out as absolutely lovely (there is no better way of putting it). But she sort of ploughs her own furrow – and the idea of recording a live album in Suffolk is somehow in keeping with the ethos.

The music contained in this wonderful – and that word is genuinely meant here – hour and a half of “…..Alive” deserves this to have been done in the Hammersmith Apollo (where the two best live albums ever were made, right?) because “Take The Power” and “Like No Other” alone belong in Rock’s Premier League.

Note “rock” not “blues” because – to me anyway – what we are dealing with here is one of the finest rock talents we have, when I listen to her music, I always have comparisons like Jared James Nichols running through my head rather than Bonamassa, but maybe that’s just personal.

Whatever, there is a stunning breadth of stuff here. “Caught Out” has a riff that wouldn’t be out of place on a Pearl Jam record, and the way it’s delivered, you can only feel sorry for whomever it is about. Mess with a Yorkshire lass at your peril, and don’t mess with this one.

She can play, too. Goodness me! But only three times here does she elongate the songs. Many who are this good like to prove it every track (Zakk Wylde, I am looking at you here….) but the best know when and where to do it. Here, there is a glorious slow building “Eternal Dream”, a real special acoustic jam on “Inconsolable” and the new song, “April”, which she’d played when I saw her the other night with the preface “shall we do that big one we do?” Understatement, seeing as this one is enormous, and set to be part of the live set for years.

Ending as ever, with the screeching “Freefalling” with its groove big enough to shake the foundations, this is a special live album from a very special artist.

“Bury’d Alive” proves that, but surely she could have said “Good evening Bury St Edmunds!” in her best Paul Stanley voice, just for old times sake, like.