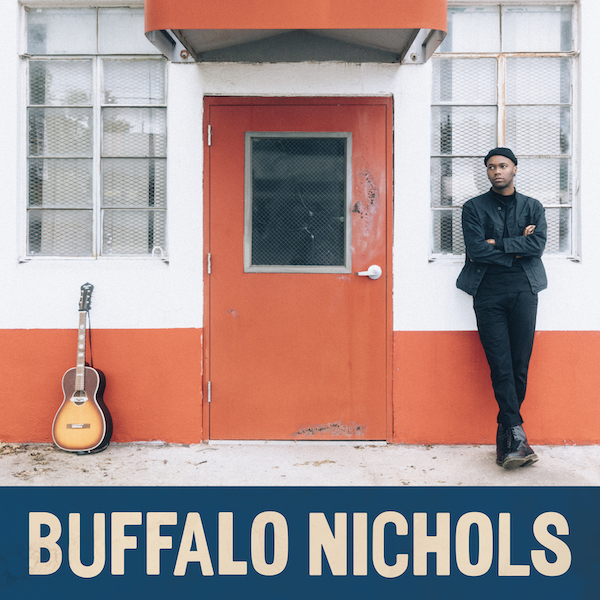 Pretty much on every single track on “Buffalo Nicholls” there’s some of the most astonishing, raw lyrics you’ll see anywhere this year. In truth, I could have started anywhere, but the actual dropping off point is this.

“Don’t need to hide behind a white hood, when a badge works just as good, another man is dead.”

That, perhaps, more than any line on this debut album captures the rage, and yet the desolation it contains. The man himself says his music is an attempt to answer the question: “How can I bring the blues of the past into the future?” and its tempting to think that if the likes of Robert Johnson, or perhaps later, Woody Guthrie were alive today – in this brutal, polarised era – then they’d be writing music like this.

There’s a barren, sparse quality to the likes of “Lost And Lonesome” (“you’re gonna suffer anyway, but its better with a friend”) that is rooted in the darkness of the back roads, away from the big cities, the bright lights. That is Nichols hinterland, and he’s brilliant at it.

It was a trip to Europe that connected the dots, he reasons, but the music is absolutely American and proudly so, yet this is not jingoistic. It’s more the original, acoustic, angry “Born In The USA” than the chest-beating stadium anthem.

The brilliant, timeless blues of “Living Hell” – first line: “only two kinds of people come here after 3, that’s Police and crooks and they’re the same to me” – is incredible for its incredible bleakness, a thought that “Sick Bed Blues” takes on and ramps up (“you know, I used to have a few friends but they all wish that I were dead” he muses at one point).

“These Things” lets a shaft of sunshine in, and the violin gives it a bit of a bluegrass touch. “How To Love” could have come off any of those “History Of The Blues” type boxsets. “A pretty girl can make you do ugly things,” is after all one of the cornerstones of that sort of music from the dawn of its creation.

The instrumentation on the record is sparse, until “Back On Top” with its strident drums and slide guitar lead, that’s before the breathless pulse of the almost claustrophobic “Sorry It Was You” brings in even more scope to go with its stunning words.

And that might be the blueprint for Buffalo Nicholls moving forward, because no doubt he will grow – and will have even more to say – what is absolutely not in dispute, however, is how good this is. We mentioned the great Woody Guthrie earlier in this review, and with respect to the man from Mermaid Avenue, he was wrong. This land, this world, is not yours, its theirs. Always was and as long as money brings power, it always will be. Buffalo Nicholls gets it, and “Buffalo Nichols” is a genuine masterpiece.