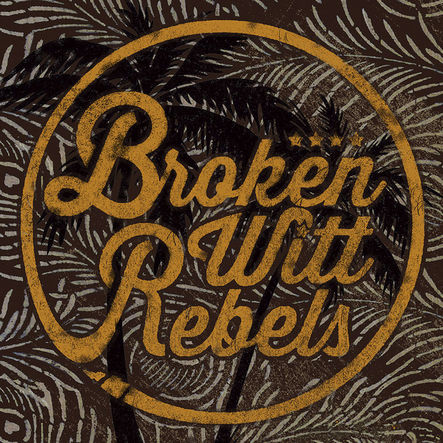 From the delta of Birmingham, to the world?

The debut album from Broken Witt Rebels isn’t really a “new” record at all. Instead, six of its ten songs have been on their most recent EP’s. The stellar “Georgia Pine” is represented by four, while 2014’s “Howlin’” has a pair.

This shows, perhaps just how long the Birmingham four piece have been paying their dues, but also it means that a lot of people will know all but four songs here.

New tunes bookend the collection and it is these that show – oddly – just why people have been getting so excited about them for so long. “Loose Change” opens the thing. It has a thumping groove, and it is almost as if Rival Sons got together with Black Stone Cherry for a jam. There is a genuine arena bothering potential here, and you’d best not bet against them getting there either.

Because Broken Witt Rebels have never been content to be “just another” local band in the scene. Rather like the other trailblazers from the West Midlands, Stone Broken (who they now share a label with), they had real ambition. That’s why they got out and made it happen. high-profile guest appearances, sharing stages with Joanne Shaw Taylor, Kaleo, Whiskey Myers and more, the latter in both the UK and US.

That class shines through. Skip forward to the last song here, current single “Wait For You”. That’s not the work of some hopefuls. That’s the work of a band that knows exactly how to do the crossover thing. It knows how to do the soulful blues thing too (and Danny Core has an incredible voice, sounding like he’s been doused in bourbon for years, rather than dunking bourbon biscuits in his tea in Castle Vale) but  the band have a wonderful understanding how to infuse it with some Kings Of Leon style theatrics to make it really connect.

The other newbies prove that this isn’t a fluke either. “Snake Eyes” comes on with all the hip-shaking cool of Temperance Movement – and there are obvious parallels with that band too – and “Breathless” with its clever use of drum machines really opens up into something widescreen.

The “old” tunes if you like, are all superb. “Georgia Pine” is a slow-builder, and one which shows James Tranter’s lead playing to be right up there with the best, “Shake Me Down” is one of their more laid back affairs, almost country in its outlook. The lust-filled “Shake Me Down” has a touch of Black Betty about it, Luke Davis’ bass propelling it throughout.

That said, even here “Low” is perhaps the highlight. If you had to play someone one song to show why BWR are going to be genuine stars, then it is this. The middle bit where they take it slow before bursting into life, the piano, and the hook are things of rare confidence.

At the end of the day, though, it doesn’t matter how old or new these songs are. When they are in big venues in a year or two people are going to call Broken Witt Rebels overnight sensations anyway. Equally there’ll be thousands of people who are claiming that they had these EP’s all along. Not that the band will care less. They will be too famous to care.

Good things come to those who wait. This is the proof.