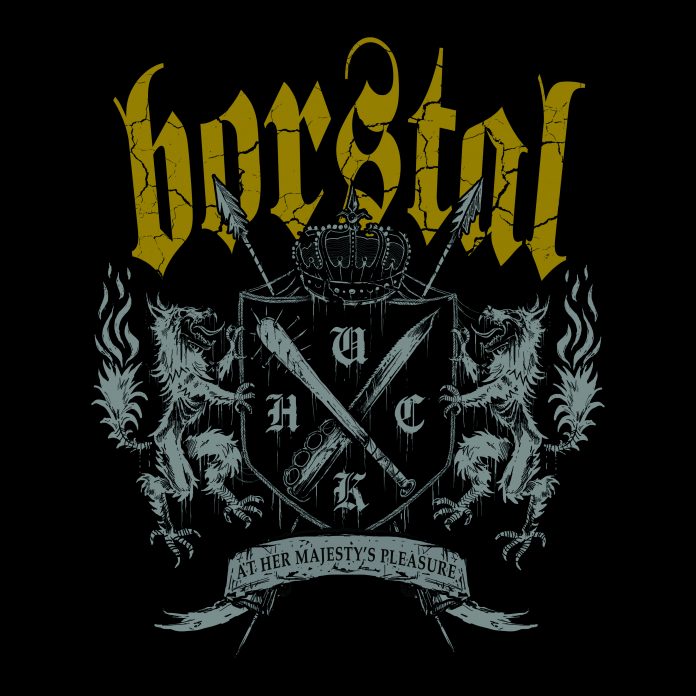 That, those words, are how the lads play in the last “song” here – and song is in inverted commas for good reason. They are said by Arthur Kitchener, legend of the Oi scene and poet. Arthur is the father of Lee, guitarist with the Londoners.

The way they choose to start the record is just as telling. A discussion on street, working class violence and its causes, which on most albums would be a separate intro. Not here. It’s part of what comes next, as if that street violence is ingrained within and is so much part of the sound.

Together, it makes up “Born To Lose”, the glorious – and nihilistic – opener. And it is, pretty much is “At Her Majesty’s Pleasure”.

This is UK Hardcore. Now, if you think hardcore is Terror, Sick Of It All, Agnostic Front, then this might shock you, because UKHK is a different beast. I’ve always thought of it as if the NYC version wants, basically, to let go of its rage, then UK finds its catharsis in violence. And there’s a lot of that here. “Karma” for example  – if it is karma, then its getting even with knuckle dusters.

Borstal are a “supergroup” of sorts. Now that conjures up all kinds of images, 70s behemoths, making music in Laurel Canyon. Forget that. This was made in Tottenham last year. Pierre Mendivil (Knuckledust), Nick Barker (Brujeria, ex-Cradle Of Filth/Dimmu Borgir/Testament) and members of Dripback and King Of Pigs got together and seemingly decided the anger of lockdown (although I think September might have been about the only month without?) needed an outlet.

While this all sounds like something is kicking you to death, “We Stand As One” is perhaps the most accessible, possessing something of a punk rock hook: “We won’t forget the struggle” suggests the gang, and if its true like Billy Bragg says that there is power in a union, then this is the fight might made flesh.

Barker thunders his drums on recent single “Vicious Rumours”, and whilst this is ferocious, it is also distinct from the US bands in that these aren’t blink and you’ll miss it attacks. This is a sustained destruction.

“Worm Food” begins in a wall of feedback, and turns into a more nuanced beatdown, but as it plays – and switches gear – you are left wondering what carnage they’ll create at gigs.

Which brings us back where we came in, and that last song. The cover of Last Resort’s “King Of The Jungle”, on which the bass crushes, and they actually sound like they are having fun – of sorts.

Fun isn’t a word that springs readily to mind, with “At Her Majesty’s Pleasure”, though – instead, it is extreme music for extreme times. Exhausting and draining, relentless and like being beaten for 18 minutes. It is a mighty fine example of what Hardcore should be.