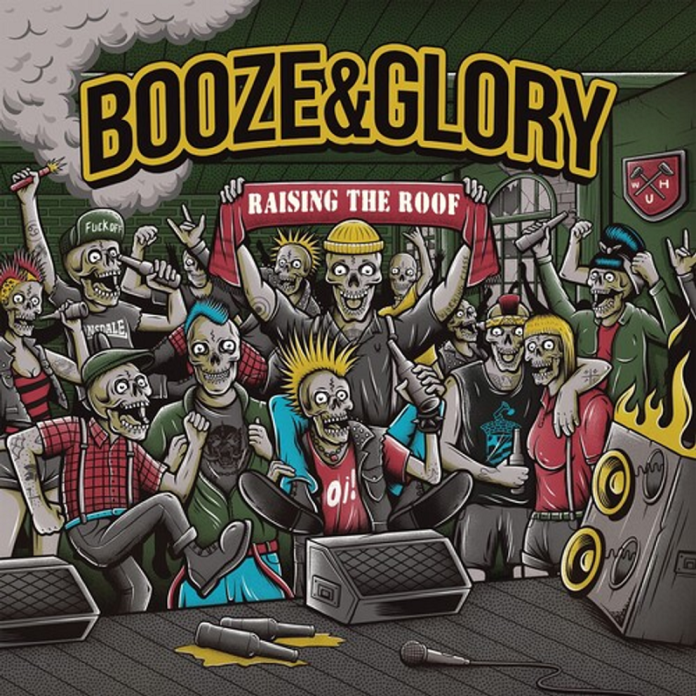 Has there ever been a truer statement than “the more things change, the more they stay the same”?

The last two years didn’t count, we can all agree on this, but then as Booze And Glory point out on “C’est La Vie” that “we all should learn by now, just how mad life can be”. That they cheerfully add, with a justifiable exasperation: “this fucking world!” probably sums up everyone’s thoughts.

Yet that statement on the world at the start: in the last two years, really, what’s changed? Back in 2019 I reviewed “Hurricane” a full length album from Booze And Glory, and I wrote this: “the current political climate in the UK, where Leave.Eu can put out the most vile racist, social media and Boris Johnson’s pro-Brexit propaganda being pumped into schools without the permission of parents, and is it any wonder that punk rock has found its voice again, louder, prouder and more strident than for years?”

Fast forward three years and I am listening to the news on the way home from work (literally just before I am writing this) and find that the vile prick that “leads” this country has changed the MP’s code of conduct to mean you don’t have to resign for breaching the ministerial code. This is totalitarianism laid bare.

Therefore, given everything (and I haven’t even got to the patriotic jingoism that’s going to be force-fed to us over the next fortnight while the nation bends over and tugs its forelock) it’s absolutely comforting that “Raising The Roof” is with us. The sound that the four songs contain is one of the last gang in town. Us against the world. Kicking against the pricks while we kick out the jams. Basically, punk rock is alive, baby.

The title track kicks in like the Dropkicks and demands “we raise the roof with dirty rock n roll”. The vibe here is one of “lets do this in spite of them, eh?” Yes, lets.

“Betrayed” is a mighty middle finger in the air, as the beer flows and the moshpit kicks off. This is the catchiest protest anthem in the world. It doesn’t even matter what it protests about. Just that it’s riled up.

The aforementioned “C’est La Vie” adds a more philosophical thought to things. Like, its always been this shit, so are you surprised? And the absolute joyful thump of “Streets I Call My Home” welcomes us all while skanking about like Rancid. “This is my home, where I belong”, sings Mark (like Cher, no second name needed, makes it harder for the police to find him…) and he might be talking about his actual home. He might just as well be talking about punk rock. This punk rock. This band.

“Raising The Roof” feels like their gift to the community. Fun music for dark times.