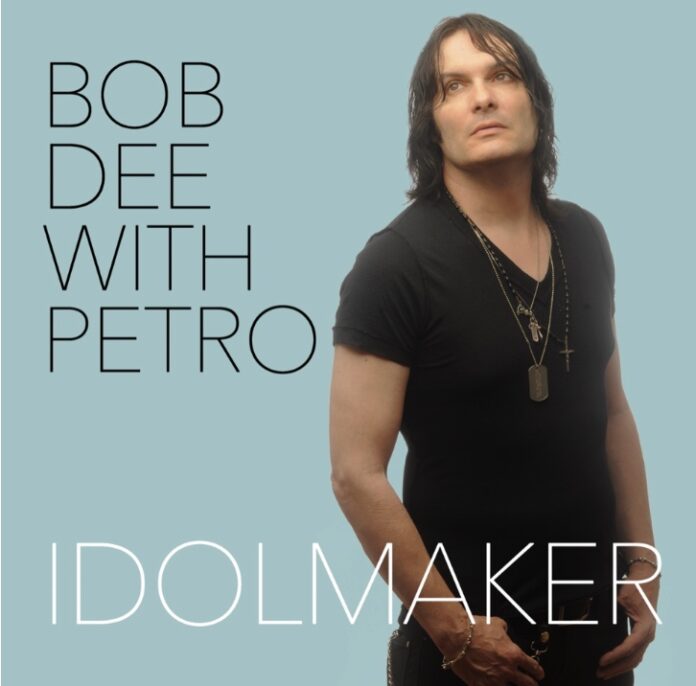 This extended play opens with `Baby` which has a delightfully sleazy enticing tantalising texture about it with an underlying guitar riff and mesmerising constant drum beat underpinning Bob Dee`s inviting understated vocals. We have a melodic and hypnotic mid paced offering with the almost ballad like `Kissed by the Light of the Moon`. A gently shared dreamlike love song, a track that will really draw you in.

`Ghost In My Pocket` is a song that will get into your head and have you singing the strap line all day long. The vocals are almost breathy and it also enjoys some enthralling fuzzy guitar riffs and what sounds like some underlying restrained synth keys. There`s  a powerful piano driven ballad with `Lost On You` which also makes the most of some subtly orchestrated strings to really enhance this composition.

This release closes out with a re-working of `(I’m Not Your) Steppin` Stone` a number originally performed by Paul Revere & the Raiders, was a hit b side to `I`m A Believer` for the Monkees and was given a workover by the Sex Pistols. A song that is over fifty years old but seems as fresh as ever. This re-imagining is a quite blistering grungy interpretation which races along at the chorus and ends in a delightful thrashing discord of noise.

I thought `Idolmaker` was a cracking introduction for me to an artist that I’d never heard before and now have the band`s back catalogue to discover. If you like your rock a little melodic and with a  bit of bite similar to Cheap trick and Enuff Z`Nuff, check out Bob Dee With Petro.