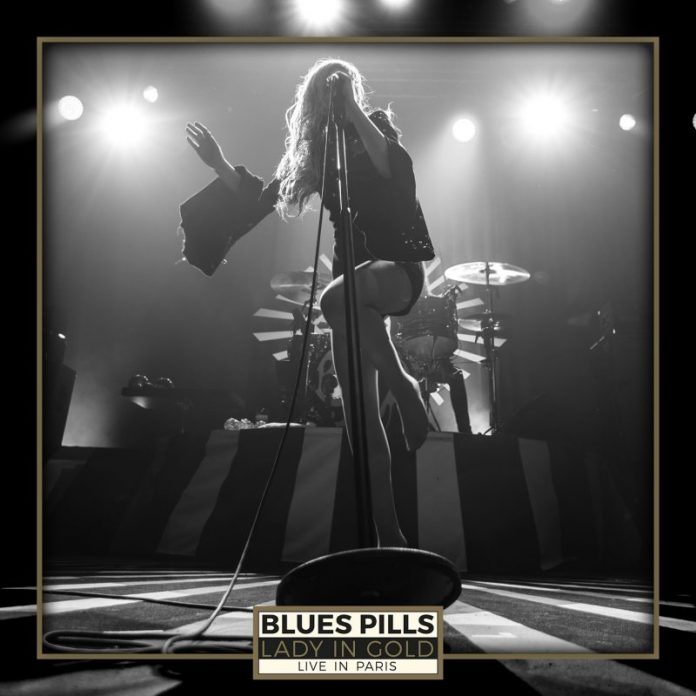 It might be ironic, don’t ya think (as Alanis Morrisette might have said) that a music website believes that the internet has ruined music, but MV has said it before and we’ll no doubt say it again, things were better – musically at least – before Tim Berners-Lee.

Go to a gig now and there’ll doubtless be herberts everywhere with their phones out, uploading crap, grainy footage to their Facebook profiles. And even worse, YouTube has done for the live album.

Thank goodness then that bands like Blues Pills still release them. Ok, the heyday of the live record might have gone – No Sleep Till Hammersmith, Live And Dangerous, Live After Death this is not, in that it won’t define a career like those did – but crikey this is fun.

Essentially a document of last year’s superb shows over two discs (indeed MV reviewed the gig just a few days before this one and is tempted to print that instead of this ramble) it will stand as a testimony to just how good a band Blues Pills are.

Their debut album was a cracker. “Lady In Gold” took things to another level. Much of that is down to what the image on the cover represents. Striking and black and white, the only band member on show is singer Erin Larsson. Jumping and wrapped around her microphone.

It — and the lady herself – is a world away from when she first came over here, when the band supported Scorpion Child. Then she was nervous, deferential even, no longer. Larsson is a confident rock n roll performer. The band she fronts are likewise.

“Lady In Gold” struts here, “Little Boy Preacher” is a soul drenched revival, while the stuff from that first record has benefited from road testing as only the best material from the best bands does.

To that end “Black Smoke” swirls appropriately in a kind of psychedelic way, and “Little Sun” is as simple as it is gorgeous. “High Class Woman” – which started that debut – has a real dirty groove about it here and “Bliss” from their very first EP, is positively funky.

However, it is the songs from the new record that convince that when considering Blues Pills you are dealing with a band who could go in whatever direction they choose. In particular, “I Felt A Change”. Erin solo at the piano it should sound fragile. It doesn’t. It sounds as stoic as can be.

All of which is still true. And you have to commend them for making this their second live record – at this rate they’ll release as many as Iron Maiden by the time they are done. But like Maiden, Blues Pills understand that the live record doesn’t always have to be a stopgap or a contractual obligation. Sometimes – even in the internet age – it can be a mighty fine addition.